Docu: Intersectionality – More Than a Word

Screening of award winning and controversial film 'Sistagirl' and storytelling programme about Intersectionality.
This event is in English
Pay as you like
Grote zaal
Share
Tweet
+
Deel
E-mail 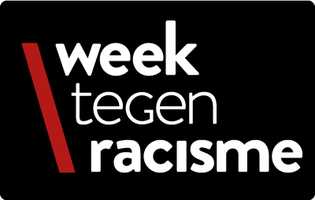 Fifth Friday Sisterhood presents 'Intersectionality: More Than a Word', an evening and dialogue about Intersectionality and the screening of the award winning and controversial film 'Sistagirl'. The word “Intersectionality” is breaking out of the closet. It came out of the thought and practice of black (lesbian) feminists, it was coined in 1989 by Kimberlé Crenshaw, and has been evolving since then, within circles of women of colour and far beyond. Civil groups from all walks of life are claiming it as a way forward, as theirs, as exclusive, inclusive, right, wrong, complicated, undoable, a mess, the answer. What do you think of Intersectionality as a way of moving forward? Come and join the Fifth Friday Sisterhood for a film screening and speakers, storytellers and spoken word artists, to explore this idea.

The film is controversial and problematic because it was made by an uncomfortable coalition of partners with very different agenda’s: a young Aboriginal transvestite called Jason, the Northern Territory Aids & Hepatitis Council, a couple of film makers looking to work on a film with a small budget and the controversial white female photographer/artist Bindi Cole. For storyteller and social activist Manjit Kaur the film with its heady mix of players is the perfect point of departure to investigate her own relation the concept of intersectionality, and create a public discussion on gender/sexism, the rights of indigenous peoples and decolonialism. In what way do some groups navigate problematic and difficult coalitions in order to make visible unheard stories ?

About the film:
Award-winning photographer Bindi Cole with indigenous roots travels from her Melbourne
home to the remote far North of Australia, to document the beautiful and private
world of the transgender ‘Sistergirls’ of the Tiwi Islands. ‘Sistagirl’ is a journey that defies existing stereotypes of what it means to be an indigenous Australian today. It is the story of acclaimed photographer Bindi Cole’s next attempt to artistically question what constitutes an Aboriginal identity. The film deliberately poses as many questions as it answers about racial and gender perception and identity.

Questions or remarks regarding this program? Please have a look at our Frequently Asked Questions
This event is in English
Pay as you like
Grote zaal
These 223 people attended
This event is developed by

In Concreto
investing in social sustainability

Mafalda Oliveira
Thanks for your interest! Before we confirm your reservation, we'd like to ask you a few things.
This event is in English
Pay as you like
Grote zaal
These 223 people attended