Round table about black identity in the urban culture of Africa, America and Europe.
This event is in English
Pay as you like
Grote zaal
Share
Tweet
+
Deel
E-mail
Accepteer de voorkeuren cookies om deze video te kunnen bekijken

What connection do we see between Africa, America, and Europe in today's urban culture? RIGHTABOUTNOW INC. invites experts and creative makers to talk about what Paul Gilroy calls 'the Black Atlantic': in literature, music, politics, and philosophy a diasporic black identity has emerged that transcends ethnicity and nationality. How is this grounded in the history of slavery and what can be noticed in today's Amsterdam? Listen, be inspired and take a seat at the table.

Round Table
During this evening, we invite you to take a seat at the table – there is a place and time to stand up and connect. Do you hear something that triggers a memory, a feeling or a question? Don’t hesitate to take place and interact with our speakers and lift up the conversation to a new level.

STATUS
On September 25, interdisciplinary urban production house RIGHTABOUTNOW INC. premiers their new production STATUS. The piece was created with the urgency to offer the polarizing debate about identity a strong and positive counter-opinion, based on historical facts that are unknown to many. Director duo Marjorie Boston and Maarten van Hinte were inspired by what scientist and writer Paul Gilroy calls ‘the Black Atlantic’: the age-old historical, cultural and social relations between three continents are uncovered: Africa, Europe, and America.

Faustin Linyekula: Remember His Name (and Country and Past)

NY Times - “My name is Faustin — I come from Congo, somewhere in Central Africa.” >>

NY Times - Paul Gilroy, known for his studies of black cultural expression on both sides of the Atlantic, has won Norway’s Holberg Prize for his outstanding contributions to research in the arts, humanities & social sciences. >> 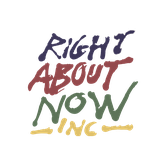 Samra Asmellash
Junior Programmamaker WeMakeThe.City
Questions or remarks regarding this program? Please have a look at our Frequently Asked Questions
This event is in English
Pay as you like
Grote zaal
These 110 people attended
This event is developed by

Hanin Matrud
Thanks for your interest! Before we confirm your reservation, we'd like to ask you a few things.
This event is in English
Pay as you like
Grote zaal
These 110 people attended