Due to circumstances, the pre-talk is unfortunately canceled. The documentary will still be screened!

The fight of the Dutch second wave feminists ‘Dolle Mina’s’ half a century ago is – unfortunately – still relevant. The majority of the US Supreme Court is considering to abolish the national right to abortion. In Amsterdam, hundreds of people gathered on Dam Square in solidarity with people with uteruses who could lose the right to abortion. The lesson learned: even rights which have been acquired long ago, must be defended and protected. Because in the Netherlands, too, the anti-abortion lobby is strong and ever present.

This evening, we will watch the documentary On The Divide, which tells the story of three Latinx people living in McAllen, Texas. They connect in an unexpected place: the last abortion clinic at the border between Mexico and the US.

Lees hier meer over de documentaire On The Divide. 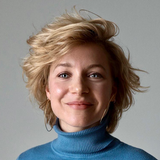 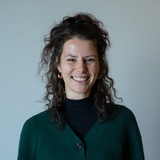