The world is changing as old value systems are questioned. On the forefront of this change is a new younger generation of artists that demands a shift in society. What are their beliefs and stories? This year Foam and Pakhuis de Zwijger join forces in the form of three LIVECASTS around the exhibition Foam Talent, wherein we will speak with six upcoming artists in total. In the first conversation “Rebellious Intimacies“ we invited Karla Hiraldo Voleau (1992, FR/DO) and Guanyu Xu (1993, CN) to speak about their artistic practice and recent projects. Their works give a personal insight into how their conflicts with their families’ expectations and how they revolt against these. 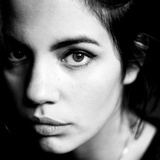 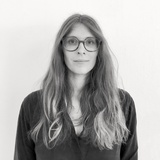 Born from the relationship of a French woman and a Dominican man, the upbringing of Karla Hiraldo Voleau in a mixed family was rooted in legends about the simultaneous appeal and danger of Dominican men. The conflicting opinions only fuelled her with curiosity, culminating in a trip to the Dominican Republic. The ‘machos’ in her photographs are seen performing their dominant roles within the patriarchal system of Latin America, but in fact, Voleau is the one controlling these relationships’ dynamics, by constantly redirecting the narrative and dismantling how they perform their masculinities.

Guanyu Xu’s work Temporarily Censored Home captures perspectives, norms and stereotypes from both countries Guanyu has called home. The photos exploring his encounters with men in the US literally place gay identity in both nations in the same frame. Cut-outs from magazines he collected as a teenager in a traditional family bring attention to his upbringing in China, as does the very fact that the images are hung in his parents’ home, parents who are still unaware of his sexuality.

Amelie Rose Schüle is co-developer of this series and head of projects at Foam Fotografiemuseum Amsterdam. She will give an introduction to Foam Talent; its purpose, and the exhibition. 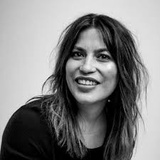