Change can not come from grassroots movements alone. We also need the municipalities and national governments to change their policies, laws and perspective. What can European cities concretely do to be more inclusive for undocumented people, and how can this movement translate to the rest of the world? We end this theme night with various calls to action, reflections, live music and spectacular fashion-shows by migrant-led initiatives Topmanta and PrintRights.

With in this event 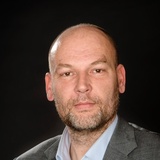 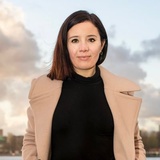 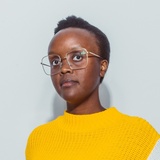 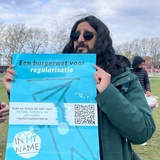 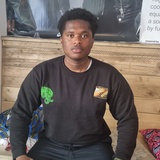 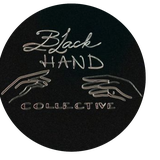 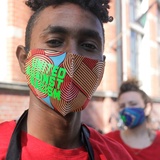 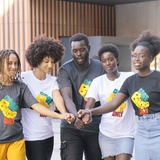 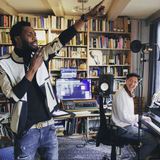 In order for this “Toolkit for Inclusive Cities” to become more than a toolkit, for it to catalyze real change in our European cities and countries, we end this evening with various calls to action. We do so through pitches and talks with:

There is also live music by the Black Hand Collective and Avi Dje & JO BISSA, and two topnotch fashion-shows by:

Top Manta is part of a grassroots organisation of migrant workers and workers from Barcelona, as a way to support undocumented migrant workers in the face of the harshness of day-to-day selling on the street. Top Manta try to find ways to make street selling successful by creating their own brands and shops. They also founded their own Union, have assemblies, and try to make their struggle visible to those who do not want to see it and fight for the right to work legally, and be part of Barcelona city life.

The Amsterdam-based organisation PrintRights is inspired by Topmanta. After learning about the Topmanta practice during the City Rights United project, PrintRights started to experiment in Amsterdam. First, they began making facemasks with political messages and sold those during demonstrations in Amsterdam. In their next phase, they experimented with two Pop-up shops, during which they invited people from Top Manta to come and experience the end result. This again led to a spillover of inspiration brought home to Barcelona.

This fashion show is the first full collaboration of the two groups and the first example of how exchanging practices can lead to more inclusive cities and creative solutions to barriers for undocumented people.

With various (inter)national speakers and in a mix of plenary and break-out sessions, we dive into the best practices from Europe that the City Rights United team collected. Throughout the evening, there is a walk-in marketplace with t-shirts and other merchandise run and developed by undocumented people!

Register here for the full program of this conference in Pakhuis de Zwijger (access to this offline event is free, registration necessary).

“The Toolkit for Inclusive Cities” is a collection of practices in European cities to make their cities more inclusive and accessible for undocumented people. The toolkit takes many forms: posters, videos, podcasts but also workshops and lectures. The toolkit is the result of 2 years of intense collaboration between various partners in Europe sharing their experiences, practices and knowledge on organising locally and overcoming local challenges for undocumented people. All this information is now combined in the toolkit, which will be presented during this conference on May 12 in Pakhuis de Zwijger. The conference continues for 2 days (on May 13-14) in BAK Utrecht, with worksessions and events.

The network City Rights United, started in 2019 by Here To Support, consists of partner organisations based on collaborations of citizens with and without documents. 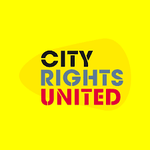 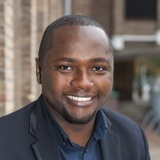 Since 2019, a network of grassroots, migrant-led and cultural institutional organisations have collaborated to co-create a Toolkit for Inclusive Cities: a collection of innovative and creative practices and ideas to make cities more inclusive, focused on undocumented people.