Between April – September 2021 the project “Climate Citizens’ Assemblies: learning with, from and for Europe” has brought citizens, politicians, policy makers, activists and academics from all over Europe together to exchange their insights, experiences and practices of Climate Citizens’ Assemblies. In this final session, we will share the most important lessons of this exploration, to further unlock the potential of Climate Citizens’ Assemblies to develop adequate climate policy and strengthen democracy. Which new insights have the experiences of the last years given us? Why do we believe it is crucial to add grassroots perspectives to this conversation? And what are the next steps to pave the way for impactful and sustainable climate democracy in Europe?

Due to the current Corona measures, this program can be viewed free & online via our LIVECAST. Reserve a spot to access the live broadcast of this program.
With in this event 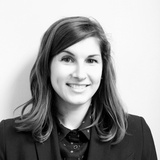 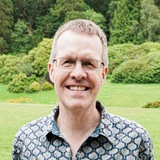 Graham Smith
Chair of the Knowledge Network on Climate Assemblies (KNOCA); Professor of Politics at the University of Westminister 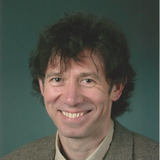 The following speakers will then react upon the presented outcomes:

This is the fifth and final LIVECAST of a series connected to the international project “Climate Citizens’ Assemblies: learning with, from and for Europe”. From April – September 2021, Pakhuis de Zwijger and Bureau Burgerberaad join forces to investigate how Citizens’ Assemblies in Europe can help us strengthen democracy and fight climate change.

Through the development of an online knowledge platform, and by bringing different keyplayers from Europe together in LIVECAST sessions, the project aims to exchange knowledge and best practices, enhance collective learning and develop guidelines for impactful and just implementation of Climate Citizens’ Assemblies in Europe. With as overall goal: to contribute to effective, sustainable and just climate policies and a 21st century proof democracy in Europe.