Climate policy has become a polarizing topic, sparking protests all over Europe -from the yellow vests movement in France to resistance towards wind turbines in The Netherlands. As a result, various countries are experimenting with Climate Citizens’ Assemblies, in which a group of randomly selected citizens deliberate and formulate recommendations for climate policy. They often manage to come to better and more effective solutions than politicians, with broad public support. This is partly because the group is a more inclusive representation of society and therefore includes a much larger variety of perspectives. What is key when setting up the selection process? How can be made sure that everyone is able to participate equally throughout the process, despite age, gender, profession, cultural background and/or level of education? And how can the design of a Citizens’ Assembly ensure its democratic legitimacy, by making sure its decisions are trusted?

You can attend this event physically or online. When making your reservation, choose between a physical spot or an online reservation.
With in this event 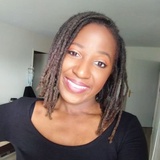 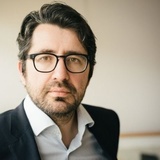 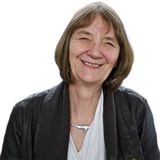 Doreen Grove
Head of Open Government at the Scottish Government

This is the second LIVECAST of a series connected to the international research project “Climate Citizens’ Assemblies: learning with, from and for Europe”. From April – September 2021, Pakhuis de Zwijger and Bureau Burgerberaad join forces to investigate how Citizens’ Assemblies can help us strengthen democracy and fight climate change.

Through the development of an online knowledge platform, and by bringing different keyplayers from Europe together in LIVECAST sessions, the project aims to exchange knowledge and best practices, enhance collective learning and develop guidelines for impactful and just implementation of Climate Citizens’ Assemblies in Europe. With as overall goal: to contribute to effective, sustainable and just climate policies and a 21st century proof democracy in Europe.

In the first LIVECAST, three European speakers shared their experiences and insights with Climate Citizens’ Assemblies: Art O’Leary Secretary General to the President of Ireland; Marcin Gerwin, PhD and designer/coordinator of various citizens’ assemblies in Poland; and Kathie Conn, activist and external coordinator of the Citizens’ Assembly Working Group of Extinction Rebellion UK.

As the UK Climate Assembly is about to launch in Birmingham on January 24th, on the other side of the Channel, the French Convention Citoyenne pour le Climat has got a head start. What can we learn from the French Citizens’ Assembly on climate change? >>>

How to design deliberative democratic assemblies in an inclusive way

When faced with political deadlock, many campaigners suggest employing democratic innovations like citizens’ assemblies, in which a group of citizens come together to deliberate and make direct policy recommendations. If the role of these new democratic institutions is to grow within the UK political system, it is crucial to make them more inclusive and sensitive to intersectionality, argues Marta Wojciechowska >>>