Our parliamentary democracies have fallen short in solving one of the most pressing issues of the 21st century: climate change. The dominance of party politics, short-term thinking, the commercial lobby of multinationals and polarization has not only lead to insufficient climate policies but has also weakened our democracies. Meanwhile, a specific practice of deliberative democracy has proven to be a valuable addition to our representative democracy: Citizens’ Assemblies. Various European examples have shown how a group of citizens selected by lot, not only offer us more inclusive political representation but also quicker and more effective solutions to complex challenges -such as climate change. This LIVECAST is the first of an investigative series, in which we compare and exchange insights and experiences from several European practices of Climate Citizens’ Assemblies. How can we collectively learn to successfully add this model to our democratic system?
You can attend this event physically or online. When making your reservation, choose between a physical spot or an online reservation.
With in this event 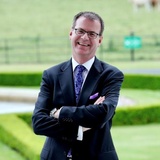 Art O’Leary
Secretary General to the President at Aras an Uachtaráin, Ireland 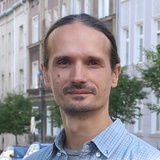 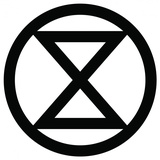 We then dive into the experiences of various European practices with Citizens’ Assemblies, and the insights they have learned throughout the process. We will talk with experts from:

A key player within this process is Art O’Leary, the Secretary General to the President of Ireland -one of a group of senior state officials and chief advisor to the President. He will join us during the meeting to share his experiences with the Citizens’ Assemblies in Ireland. How did this relatively unknown democratic instrument became the way to go in Ireland? How was the political follow-up of the outcome of the Assemblies organized?

Joining us is Marcin Gerwin, a specialist in sustainable development and deliberative democracy and the person that was able to convince the mayor of Gdansk to start the first Citizens’ Assembly in Poland. He designs and coordinates various citizens’ assemblies in Poland, and is author of a.o. the ‘Guide to citizens’ assemblies‘. How does he explain the position of this form of deliberative democracy in Poland, and how has it helped to make issues such as climate change rise on the political agenda?

Joining us is Kathie Conn, activist and external coordinator of the Citizens’ Assembly Working Group of Extinction Rebellion UK. The movements’ Third Demand (besides: Tell the truth, and Act now) is a government commissioned, independently run Citizens’ Assembly on Climate and Ecological Justice, in order to empower citizens to take the lead in dealing with the climate and ecological emergency. Why are Climate Citizens’ Assemblies the way to go, for both our democracy and our climate? And what is the role of grass roots organisations in getting (proper) CCA’s?

This LIVECAST is the first of a series connected to the international research project “Climate Citizens’ Assemblies: learning with, from and for Europe”. From April – September 2021, Pakhuis de Zwijger and Bureau Burgerberaad join forces to investigate how Citizens’ Assemblies can help us strengthen democracy and fight climate change.

Through the development of an online knowledge platform, and by bringing different keyplayers from Europe together in LIVECAST sessions, the project aims to exchange knowledge and best practices, enhance collective learning and develop guidelines for impactful and just implementation of Climate Citizens’ Assemblies in Europe. With as overall goal: to contribute to effective, sustainable and just climate policies and a 21st century proof democracy in Europe

Citizens' Assemblies for Referendums and Constitutional Reforms: Is There an “Irish Model” for Deliberative Democracy?

Among democratic innovations, deliberative mini-publics, that is panels of randomly selected citizens tasked to make recommendations about public policies, have been increasingly used. In this regard, Ireland stands out as a truly unique case >>>

Solutions: How the Poles Are Making Democracy Work Again in Gdansk

Big changes are underway in Gdansk, Poland today. Since July 2016, some of the city’s most vexing problems have been dealt with calmly – even enjoyably — by a changing, randomly-selected “citizens assembly” made up of approximately 60 ordinary city dwellers, who are brought together and given the authority to take action. >>>

Extinction Rebellion UK's Third Demand is a government commissioned, independently run Citizens' Assembly on Climate and Ecological Justice. But what does that mean? >>>