So you’re interested in what you can read to become a better designer, architect, urban planner, urbanist, or neighbour living and working in a super-divers city? Here are a few recommendations from our Designing Cities For All (DCFA) team, and we will add recommendations periodically. For all you city designers that want to empower yourself (and others), let these reads guide your practice of transforming cities for the better.

BY & FOR: Designing Inclusive Spaces is a publication describing the design principles of De Voorkamer. In this cultural meeting space, they use design processes and culture as mediums for creating an inclusive space, with the goal to bridge the gaps between different groups in society. Initiators Shay Raviv and Pim van der Mijl worked together with Jamie Woods (Cambridge University) to gather the knowledge gained through the development process of De Voorkamer. Hear Shay tell more about De Voorkamer during the DCFA livecast Breaking it Down: For All.

This research understands democratic public spaces as open spaces, which are accessible to all and allow different cultural expressions for individuals and groups. The concept of visibility is a useful tool to assess the democratic features of public spaces. Ceren Sezer argues that the visibility of distinctive urban groups on the street manifests the rights of these groups to participate in public life, a key feature of socially inclusive cities. Consequently, the presence and change in visibility of urban groups in public space are highly political, raising issues in relation to just and unjust urban conditions.

*) With code DCFA2122 you get a 10% discount at Atheneum Bookstore on non-Dutch publications. Use the order links to be referred to the shop. 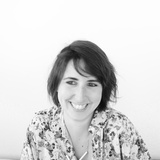 Dymphie Braun
Recommended Reads Designing Cities for All #4
What's on our book shelf? Here are our suggested reads for this month!
Inclusief