WOMAN is a worldwide project giving a voice to 2000 women across 50 different countries. Despite its very large scale, the film offers an intimate portrait of those who constitute half of humanity. It is an opportunity to shed light on the injustices women are subjected to all over the world. But what the movie WOMAN would like to underline most is the inner strength of women and their capacity to change the world despite all the difficulties they are facing. Based on first-person encounters, the project deals with topics such as motherhood, education, marriage, financial independence, menstruation and sexuality. Through the film you will discover the voices of women as you have never heard them before.

WOMAN is a movie project following on from HUMAN, which premiered in 2015. Artistically, WOMAN is aligned with HUMAN, putting portraits of women at the heart of the project.

Thrive Global - Can a film change the world? I believe that wholeheartedly and Yann Arthus-Bertrand has shown me how. In his previous masterpiece 'Human' he zeroed in with his magical photographer's lens on the human race and in the process, changed our globe - even if just a little. A talk with Yann Arthus-Bertrand and Anastasia Mikova about their new movie Woman. 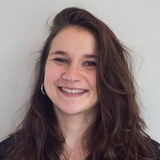