For the 4th edition of the MAB live cast, we are inviting a group of multidisciplinary speakers to discuss media architecture through the lens of civic interaction design.
What role can media architecture and new technologies play in the representation of social themes and in the organisation of public debate and public spaces? How can media architecture be used in engagement processes and to which new forms of social organisation could it contribute? And how can the design of digital media contribute to improving the interaction between citizens and institutions?

You can 'physically' visit this program again. Use the reservation button to secure your spot.
With: 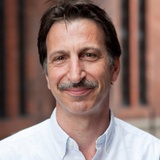 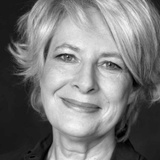 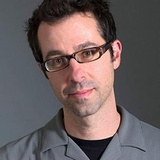 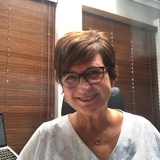 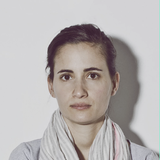 Nancy Odendaal is an urban planner, academic and researcher. She has published over 30 articles in well-respected journals and books, co-edited two books, and has been invited to speak at a number of international forums on infrastructure and cities, including UN ECOSOC. Her research and teaching focus on the role of technology in urban change, and the relationship between spatial change, livelihoods and infrastructure. Recent publications focus mainly on smart cities ‘from the bottom up’ – how new technologies and data can facilitate urban inclusion and spatial transformation towards more diverse cities. Most recently she co-edited smart technology and place-making, entitled Shaping Smart for Better Cities: Rethinking and Shaping Relationships Between Urban Space and Digital Technologies” (Elsevier 2020) with Alex Aurigi from Plymouth University. She is currently working on the nature of digital disruption in African cities and how this may have substantive impacts on space.

Eric Gordon is a professor of civic media and the director of the Engagement Lab at Emerson College in Boston. His research focuses on the transformation of public life and governance in digital culture, and the incorporation of play into collaborative design processes. He has served as an expert advisor for local and national governments, as well as NGOs around the world, designing responsive processes that encourage play, delight, and deliberation. He has created over a dozen games for public sector use and advised organizations on how to build their own inclusive and meaningful processes. He is the author of two books about media and cities and is the editor of Civic Media: Technology, Design, Practice (MIT Press, 2016). He has two new books coming out in 2020. Meaningful Inefficiencies: Civic Design in an Age of Digital Expediency is forthcoming from Oxford University Press. And the edited volume Ludics: Play from Antiquity to Present is forthcoming from Palgrave.

Michiel Schwarz (Sustainism Lab) is a Dutch independent cultural thinker, social innovator and sociologist of the future focusing especially on design, city-making and social sustainability. He is best known for his 2010 cultural manifesto Sustainism Is the New Modernism (created with designer Joost Elffers, published in New York) giving name to the next cultural era. He is the author of A Sustainist Lexicon: Seven entries to recast the future and co-authored Sustainist Design Guide with Diana Krabbendam. Most recently he was research partner at the Amsterdam University of the Arts, developing the so-called’ Street Values’ project of the Reinwardt Academy, resulting in two books (edited with Riemer Knoop) including Meer Straatwaarden: Een pleidooi voor erfgoedmaken als engagement. He currently develops cultural research and civic social design projects about sustainist culture under the banner of his Amsterdam-based Sustainism Lab network. He is an associate of The Beach social design hub, Amsterdam and Fellow (since 2021) of the Utrecht University of the Arts HKU.

Daily tous les jours leads an emergent field of practice combining technology, storytelling, performance and placemaking to reinvent living together in the 21st century. Over the past ten years, the Montreal-based art and design studio has signed over 40 original artworks in more than 30 cities around the world. Daily’s work invites humans to play a critical role in the transformation of their environment, building more resilient cities. They created the world-acclaimed Musical Swings, a large-scale urban artwork that invites passersby to make music together, with their entire body. Recent projects include Musical Shadows in Dubai UAE, an interactive pavement that reacts to people’s shadows with singing voices; Hello Trees in Houston TX, an interactive promenade for humans to converse with trees, and the meditative experience I Heard There Was a Secret Chord currently touring the US and Europe. The studio earned numerous international recognitions, notably the Grand Prize at the UNESCO Shenzhen Design Awards, a Knight Cities Challenge Award for Civic Innovation, a Fast Company Innovation by Design Award, and an Americans for the Arts Public Art Network Award. Daily’s team also actively contributes to the conversations about art, technology and public spaces, giving lectures to New Cities Summit, Design World Summit, SXSW, EYEO, TEDx and Ars Electronica.
——————————————————————————————————————–

This Livecast is organized by Pakhuis de Zwijger and The Media Architecture Biennale 20 (MAB20), which will take place on June 28th – July 2nd, 2021 in an online format. MAB is an international forum exploring media architecture, urban interaction design, and urban informatics. It brings together architects, artists, designers, academics, policymakers, and industry stakeholders from around the globe. Together, they explore the design and role of media in the built environment and its implications for urban communities and ecosystems. 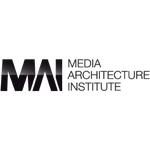 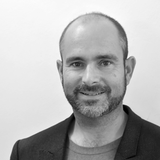