Is the truth a Universal belief system? Does that mean it’s based only on what we know up until now? Living in an expanding universe, we continue to learn new facts based on an ever-changing landscape! Our need to know the truth might be based on our fear of the unknown. Maybe the grey area is a cloud of possibilities. The fact about the truth is CHANGE. Truth and Other Stories is a poetry evening where spoken word artists explore their idea of truth. Some of the performing poets combine music with their poetry, rap, hip hop/loop station creations, and more. Come and listen to the unique styles and contrast of these six poets. During the open discussion portion of this event, you might share your truth. 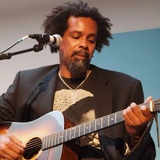 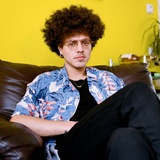 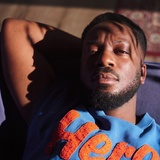 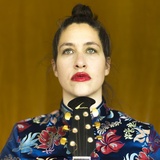 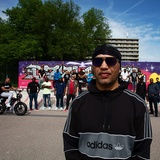 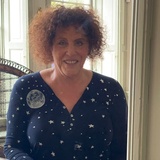 Sharrif Simmon’s writing career spans three decades. His education as a poet started at U.C.L.A. (University on the Corner of Lenox Avenue) at the famed Liberation Bookstore on 131st St. & Lenox in Harlem, New York. Founded by his Grandaunt Una Mulzac, the bookstore served the Harlem community for over 35 years, 5 of which saw him as a book salesman and avid reader. Poetry chose him the night he saw Sonia Sanchez read at the Schomburg Center for Black Research located a few blocks away on 135th st. and Lenox. Sharrif is quoted in an article of his GandAunt’s passing. He became a staple of New York’s cultural renaissance in the 1990’s. Nuyorican Poets Cafe, The Cooler, CBGB‘s, Brooklyn Moon Cafe, Joe’s Pub and NYC’sSummerstage were some of the venues and stages where he performed his unique form of music and poetry. In 2005 he became a Def Poet on season 5 of HBO’s Def Poetry Jam with his poem “Fuck what you heard!”

Benjamin Fro is an Amsterdam based singer-songrapper that combines critical lyrics with soulful beats. His influences range from Gil Scott Heron to Lauryn Hill. His music and lyrics are made to bring different musical genres and people together, representing the values of the city where he was born and raised. His lyrics are usually written from a philosophical point-of-view and are made to move the mind. Topics he explores are gentrification, inequality, philosophy and mental health.

Leonie Klooster (a.k.a bomberleo) is a singer-songwriter, one-woman band, poet, occasional philosopher, designer, teacher and manager at the Lukida Academy in Amsterdam, where she trains artists to become teachers. Whether it’s writing lyrics, preparing a lesson or lecture, Leonie always looks for the connection between mind and heart. Love, purpose, and authenticity together form the common thread. After about twenty years of performing English songs inspired by blues, rock ’n roll and folk, Leonie is now diving into the wondrous depths of her mother tongue. Together with rap veteran Kiddo Cee (a.k.a. Chander Peroti), she brings a dynamic live set triggering you think.

Chander Peroti aka Kiddo Cee, from Amsterdam South-East , has been active in the rap game since 1991. With his unique flow he is socially critical, controversial but always very personal and sincere. Kiddo’s love/hate relationship with his hometown Bijlmer is his main inspiration. Besides his performance, talent coaching and rap workshops, he is a social studies teacher at an MBO. In 2021 Kiddo Cee released his EP “In De Duivel’s Hand” via CPedutainmend. Produced by Uncle Tim, featuring Bomberleo aka Leonie Klooster. In 2022 he released the follow-up D7Klapper EP, produced by Jacob the Sleepy and executive produced by Vinger.nl. This EP was written in one week of quarantine and recorded in a one night session. Still lots more is one the way!

OTION is a master of scenery. He is a MC, singer-songwriter, poet and dancer born and raised in Amsterdam. Inspired by hip hop, neo soul, jazz and African rhythms he finds himself standing in the middle of the ancestral and the futuristic as he aims to create magic in the present moment. Loopstation soundscapes meet soulful songs and spoken word poetry while he dances like water to connect the dots. Always connected to something bigger than him: the human story, mother earth, the ancestors, the universe and at the same time intimate, personal, reflective and way too deep.

Leslie Browne is a painter and poet, coach and poetry events organiser. She was born and grew up in Los Angeles. Her critical view of the American middle class and the effect Western society has on the world, remains a central theme in her work. In recent years her work also suggests that we as individuals need to take responsibility for our actions and face our own shadow side. In turn this will give us a new perspective which could have a positive effect on the world. With humor she shares her inner dialogue.
This program is about
This event is developed by