The covid-19 pandemic has an enormous impact on cities worldwide. Especially within areas such as employment, health care, social services and the economy: both now as in the near future. In the seventh program of the Infected Cities series, we will look at how the city of Johannesburg is currently dealing with this pandemic. During this LIVECAST we will have conversations with different experts about the current and future impact of this crisis in Johannesburg. Together with DutchCulture, we will listen to voices of different ‘city makers’ such as artists, creatives, volunteers and their situation. The speakers will give us an insight into their daily works and explain how they commit to making a positive impact during this pandemic.

Africa’s economic powerhouse, for some.
Johannesburg, the largest and wealthiest city in South Africa, is emerging from one of the most stringent lockdowns seen in the world after recording it’s first coronavirus-related death in March. Most notably there was a ban on cigarettes and alcohol sales in order to promote healthy lungs and minimise the risk of domestic violence, but spawning a underground market in the process. Since early June the lockdown has dialed down from the fifth to the third level; legalising sales of the mentioned products and partially lifting the curfew and movement restrictions. Early June the official numbers state about 1,000 South Africans have died of coronavirus, suggesting an effective policy by the government.

The impact of limitations on personal freedoms are, however, met with great differences. This becomes painfully clear in a society as unequal as post-apartheid Johannesburg, where wealthy and poor areas can be opposites of a street. Especially the ‘townships’ are under pressure, like Soweto which originated as separated residential area for people of color who were not permitted to live in the center of Johannesburg. Such underdeveloped racially segregated urban areas have a lot of people living closely together, often with limited access to sanitary facilities. This makes the area’s inhabitants extra vulnerable to coronavirus outbreaks. Moreover, without the ability to work or receive donations, they are uncertain about their next meal.

Globally renowned creative industries.
A diverse and evolving city, Johannesburg boasts a vibrant art scene and is a cultural hub in South Africa with a wide variety of art schools and cultural venues. The city is home to an extensive portfolio of public art with works that range from sculptures to murals by internationally renowned artists. It is no surprise Johannesburg has been a breading ground for a globally orientated but South African rooted creative scene spawning a wide range of influential artists.

It is expected the coronacrisis will hit the arts and creative sector of Johannesburg even harder than the sector in other global cities. Mainly because venues for entertainment and the arts will remain closed regardless the lockdown level. It is likely the lockdown will only be completely abandoned when a vaccine or effective treatment will be in place. With the little governmental support for the arts and the long time it could take before restrictions are lifted, the creative scene faces a challenging future. 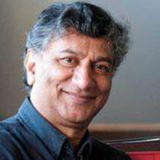 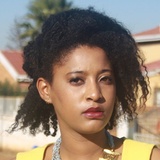 Lynsey Chutel
Journalist based in Johannesburg 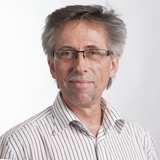 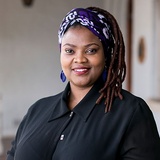 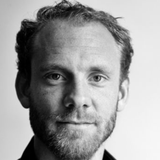 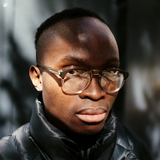 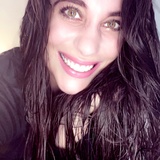 Keitu Gwangwa is head of The Windybrow Arts Centre in Soweto, Johannesburg, a space for thought leadership, Literacy and Pan African Expression.  In partnership with residency company Honest Travel Experiences, The Windybrow Heritage house has also become a keen tourist destination with a growing number of visitors interested in learning about the Johannesburg Gold Rush of the 18th Century.

Lynsey Chutel covers southern Africa for Quartz and her article on Corona in Johannesburg was published by The New York Times. Earlier Lynsey worked as a correspondent for the Associated Press, covering breaking news and features in southern Africa. Earlier, she was a producer at the South African 24-hour news channel eNCA, where she reported from several countries in Africa, including Zimbabwe, Ethiopia, Madagascar and Rwanda. She holds a master’s degree in journalism from Columbia University and a master’s degree in international relations from the University of the Witwatersrand.

Ismail Mahomed  is the CEO of the Market Theatre Foundation. With more than 35 years’ experience in arts leadership he is a multi-award winning cultural leader and published playwright. He contributes regular editorial opinions to various media and is invited to present at several conferences, seminars and workshops. He serves on the boards of several arts organisations in South Africa.

Niels Posthumus is a correspondent in Southern Africa for Trouw newspaper, Het Financieele Dagblad and the Belgian newspaper De Tijd. His stories from Trouw also regularly appear in Het Parool and occasionally in De Morgen in Belgium.

Jamal Nxedlana is a visual artist and cultural organiser based in Johannesburg.  He is in the unique position of being both a cultural producer and the founder of a number of independent organisations which support the South Africa arts community. His photography and images are rooted in Afrosurrealism and explore themes of race, identity, popular culture and mass production. He is the founder of Bubblegum Club, a cultural organisation and digital platform which curates and celebrates new pop culture. Next he is also a founding member of the artistic collective CUSS Group.

Kirsten Harris is a theatre maker, director, producer and arts educator based in Johannesburg. She is a keen collaborator and queer ally. Her latest offering, Born Naked is a collaboration with ZikkaZimba Productions and has been nominated for a 2019 Naledi Theatre Award. Kirsten is passionate about storytelling, representation the interconnectedness of our collective humanity, arts education, and our creative economies in South Africa.

The country went in a lockdown at midnight on 26 March 2020, and had been under lockdown alert level 5 for 35 days.

Taking on Covid-19, South Africa Goes After Cigarettes and Booze, Too

Locking down against the pandemic, South African officials banned cigarette and alcohol sales. It has gone as well as you might expect.

Deep inequalities of social distancing in South Africa – in pictures

In densely populated townships and cities, the army and police have been patrolling the streets to enforce strict measures to curb the spread of coronavirus 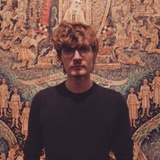 Maarten K. Bul
Head of Campaigns bij DutchCulture
The moderator of this event is