In relation to the history of slavery there are a lot of new developments in the Netherlands right now. Examples include new books and research on slavery, new musea expositions that are being created, national dialogues and the recent Black Lives Matter protests. An important topic that, despite these developments, remains relatively untouched is the concept of reparations. What would reparations for Trans-Atlantic slavery entail and what are international developments on these? During the lecture of Professor Sir Hilary Beckles this will be discussed and put into perspective. 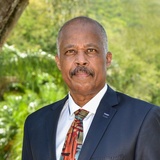 Background info Sir Hilary Beckles:
Professor Sir Hilary Beckles, 8th Vice-Chancellor of The University of the West Indies (The UWI) is a distinguished academic, international thought leader, United Nations committee official, and global public activist in the field of social justice and minority empowerment. Sir Hilary has had widespread Caribbean and global recognition for his academic achievements and leadership expertise. He has lectured extensively in Europe, the Americas, Africa and Asia, and has published over 100 peer reviewed essays in scholarly journals, and over 13 books on subjects ranging from Atlantic and Caribbean History, gender relations in the Caribbean, sport development and popular culture.

In 2013 Sir Hilary was selected by the Heads of Government of the Caribbean Community (CARICOM) to be the inaugural Chair of the CARICOM Reparations Commission—which coordinates the Caribbean governments’ policy positions on the global reparatory justice conversation, and globally promotes reparations for native genocide, African enslavement and colonization. Under his guidance, the Centre for Reparations Research at The UWI was established to lead the implementation of CARICOM’s Reparatory Justice Programme. He has received numerous honorary doctorates from around the world and recently received the Martin Luther King Jr. Peace and Freedom Award.

Information about the ten point plan of The CARICOM Reparations Commission (CRC) which asserts that European Governments have a responsibility for making reparatory justice. 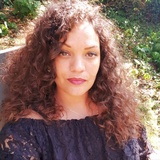