In Uncovering Creatives we cover the stories of creative frontrunners. Jennifer (AKA The Naked MC) Muntslag talks for an hour with our guests about making, entrepreneurship, (creative) identity, and social themes. This evening we welcome Frank de Ruwe a.k.a. Frankey, Jan Heinsbroek a.k.a. JanIsDeMan, and Nock Nock Art Fair! We will close the evening with live music by Gyo Kretz!

Due to the current Corona measures, this program can be viewed free & online via our LIVECAST. Reserve a spot to access the live broadcast of this program.
In this programme 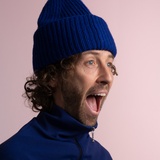 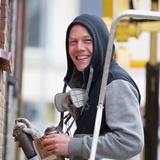 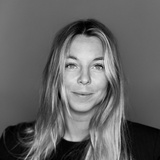 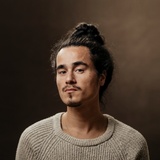 Frank de Ruwe a.k.a. Frankey is a designer-inventer-artist-advertising creative-technician-food critic. He’s mostly known for the street art he makes around Amsterdam. His art is a playful reaction to the places where he makes them. With these reactions he tries to positively change the streetview. Look out for his subtle artworks in the city of Amsterdam, or spot it weekly in his visual column in the Dutch newspaper ‘Het Parool’. Besides the work he’s making in the public space, his work has been shown at the Stedelijk Museum Amsterdam and in various exhibitions in USA, Italy, Germany and the Netherlands. His first big solo show was in 2018 in New York at the Wallplay gallery and in 2019 he had another solo show in Amsterdam at the O.D. Last June Frank had a XL solo exhibition on the Westergasterrein, running in the complete Gashouder. Gumballin’ is an ode to gumballs, “the most awesome food product ever made”, according to him. In his work Frankey wants to push boundaries, and the good thing about art is, there are none.

Jan Heinsbroek a.k.a. JanIsDeMan is graffiti artist and mural painter. Most of his work is not only made in public spaces, but also inspired by the people who live in those public spaces. The art pieces of Jan wouldn’t work in a vacuum as his work is either inspired by the form of the walls, it plays with what is already there or because what he paints is based on the stories of the people that live in the neighborhood. He once started as a rebellious graffiti artist, but nowadays his work is mostly to make people laugh and stimulate their imagination.

Nock Nock Art Fair is the new art fair founded by Ciel ter Velde and Anne Rose Cornelisse. They saw a gap in the art world and started their own art fair and art platform. Whereas most art galleries just show the work of artists, Nock Nock makes the artists visible. The idea for NOCKNOCK was born in the early Corona days. When they saw a friend present their art through a Zoom meeting for a gallery abroad, they realized how cool it is for art lovers to see the artist in their own environment. They approached this idea and came up with their own concept. With Nock Nock they bring attention to the art and the maker and have created a platform/community for the artists and art lovers. In the weekend of 12 to 14 November they had their first edition of Nock Nock Art Fair, and we have them now in Uncovering Creatives to hear all about it!

Amsterdam-based singer/producer/multi-instrumentalist Gyo Kretz combines electric guitars, synths, drum samples, and an R&B-friendly falsetto to fresh indie-pop. The songs Gyo writes could make you think of James Bay, Tom Walker, or John Mayer, only wrapped up in a slighty more electronical atmosphere. Sometimes very open and sincere, sometimes really dreamy and dark, but at all times straight from the heart. He will enrich the evening with some of his music! 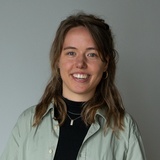 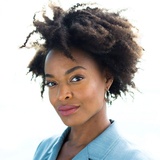 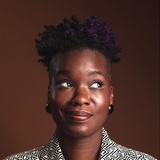