Since the death of the 22-year-old Iranian woman Jina Mahsa Amini, from the hands of the ‘morality police’, nationwide protests have erupted in Iran. Through the chant “Woman, Life, Freedom” protestors envision a democratic society free of discrimination, political repression, poverty, and inequality. The response to this protest is mass arrests, torture, abuse, and the killing of dissidents by the security forces of the Islamic Republic. Hence, the movement faces major difficulties in the struggle for social change. Art plays a critical role in this movement.

Instead of bright blue water, a couple of fountains in Tehran seemed to be spewing blood at the beginning of October. Their water had been dyed red to allude to the violence the protestors on the streets of Iran have been met with. Since the beginning of the protests in September, people have been demanding the end of the Islamic Republic – most of the time by going out on the streets, but also by making art like the bloody fountains. Those fountains proved to be a powerful image to convey social critique on the deadly crackdowns; within a couple of days, several other fountains all across the country were dyed red. 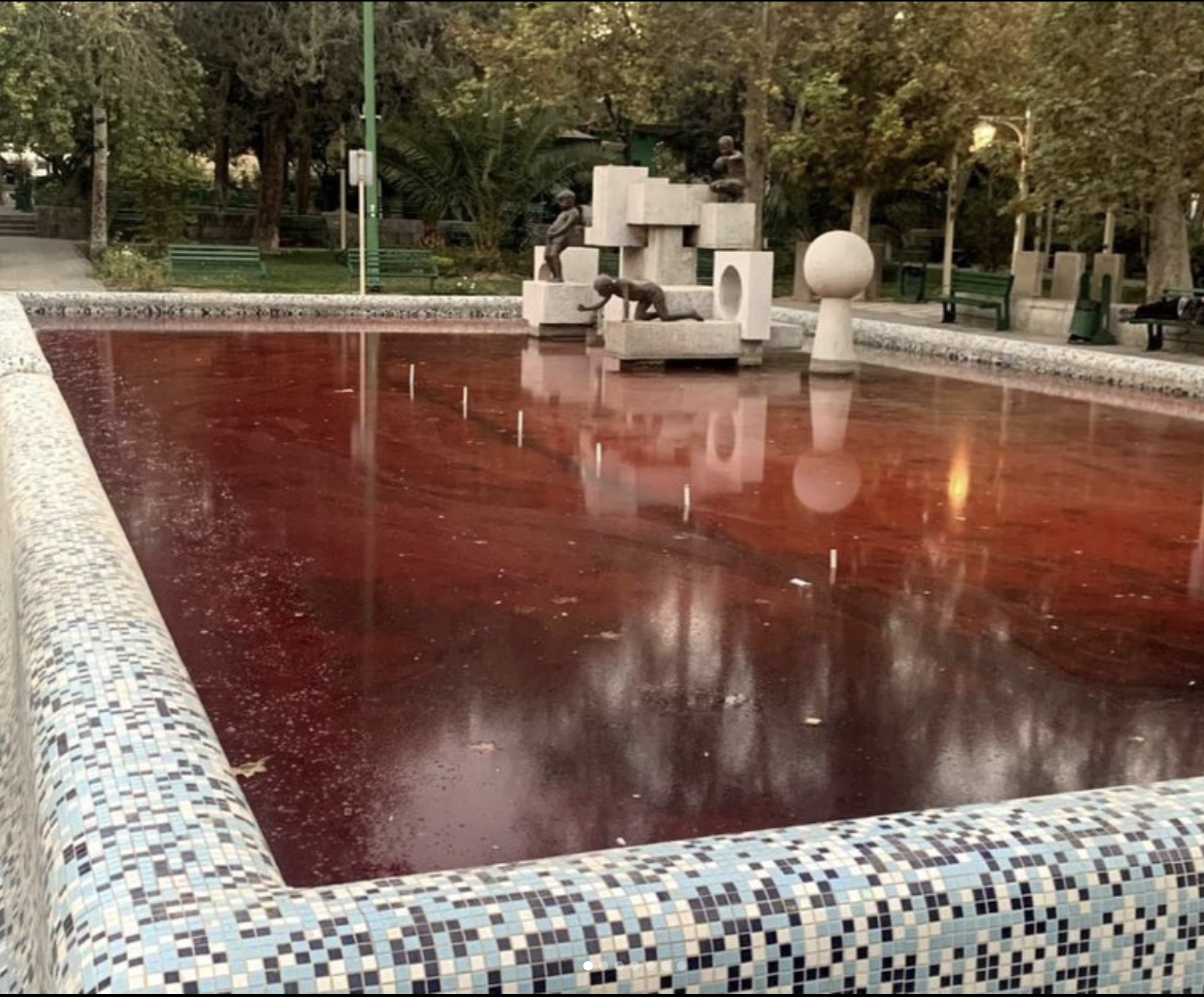 And then there are some images coming out of Iran that are not necessarily meant as art but can certainly be perceived as such. In October, pictures from inside the Tehran metros showed menstrual pads glued onto security cameras. A product that women have to hide out of ‘decency’, was now, in this movement, being used out in the open as a form of protest to prevent the government from spying on its people. It makes you wonder what forms protest can take, and what the role of art can be when you try to bring about social change.

If you want to know more about the current Iranian protest movement, the role of art as an instrument for social change, and also the kind of international community support, sign up here to join us on the 8th of December at Pakhuis de Zwijger!

Anna Charron
Recommended Reads Designing Cities for All #22
For all you city designers that want to empower yourself (and others), let these reads guide your practice of transforming cities for the better.
Inclusive