Since the death of the 22-year-old Iranian woman Jina Mahsa Amini, from the hands of the ‘morality police’, nationwide protests have erupted in Iran. Through the chant “Woman, Life, Freedom” protestors envision a democratic society free of discrimination, political repression, poverty, and inequality. The response to this protest is mass arrests, torture, abuse, and the killing of dissidents by the security forces of the Islamic Republic. Hence, the movement faces major difficulties in the struggle for social change. The international community has been called upon to support the protest movement in different ways.In this event, we aim to reflect on mentioned topics, delve into the role art has played in this movement, and how the slogan “Woman Life Freedom” can be an instrument for social change. 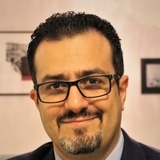 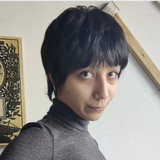 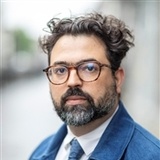 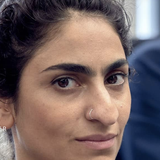 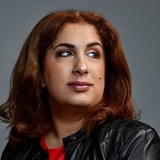 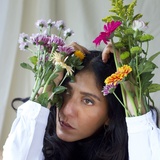 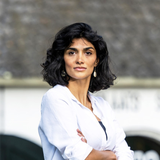 Babak RezaeeDaryakenari is Senior Assistant Professor of International Relations at the Institute of Political Science, Leiden University. His research broadly focuses on political violence and conflict resolution. Babak is primarily interested in studying the dynamics of dissent repression. Currently, he is working on how the Internet affects the dynamics and outcomes of state-dissident online and offline interactions. He also studies different aspects and consequences of foreign interventions such as economic sanctions during civil conflicts. In addition, as part of his research, Babak has studied the environmental causes of violent conflict.On the methodology side, he is working on using machine-learning algorithms and data mining methods to improve the forecasting power of conflict models.

Nezhla is a graduating student of the fine arts department of Gerrit Rietveld Acadmie. She has lived and studied in Amsterdam since 2017. She often uses sound and videos as installations to create a space for feelings of excitement, anxiety, and curiosity, though the material is not the main focus but rather an aid to convey ideas. An intuitive sense of humor tends to appear throughout her work, though being funny is never the main point, it is a tool to ease people into feeling comfortable with being placed where they are.

Pooyan Tamimi Arab is an assistant professor of Religious Studies at Utrecht University. He is a member of the Young Academy of the Royal Netherlands Academy of Arts and Science and the secretary of GAMAAN – The Group for Analyzing and Measuring Attitudes in Iran.

Nastaran Razawi Khorasani graduated from the Maastricht Academy of Dramatic Arts. She is both a theater director and an actress and has, among others, performed for the Ro Theater, International Theater Amsterdam, and Nineties Productions. During the Nederlands Theater Festival 2014, Nastaran won the Gouden Krekel for the most impressive stage presentation for her role in CASH by Maas Theater en Dans. In 2020 she received a nomination for the Prize of the Dutch Dance Festival Young Audience. For her show Songs for no one, she won the BNG Bank Theaterprijs in 2020 for best concept, and in 2021 the BNG Bank Theaterprijs for best performance of the season by theater makers under the age of 35. The jury of the TheaterFestival Vlaanderen selected Songs for none as one of the most urgent performances of the 2021-2022 season. Together with Davy Pieters, she is part of the duo Kobe. They are currently working on a staged documentary, Fereshteh’s Beauty Salon.

Niloufar Azimian is a documentary filmmaker who made two documentary movies in Iran about relationships and women’s rights in abusive marriages under the Islamic Republic. She is working on her third documentary movie and she is currently organizing events in the line of Freedom for Iran movement.

Beri Shalmashi is a Dutch writer and filmmaker with an Iranian-Kurdish heritage. Recently, she won the prestigious Silver Camera Storytelling Award withBig Village, an interactive film on the resistance of the Kurds against the Islamic Republic of Iran. Shalmashi graduated from the Netherlands Film Academy in Amsterdam, where she studied screenwriting and directing. She completed a master’s degree in directing at the Utrecht School of the Arts after which she spend several years in Iraqi Kurdistan, teaching film at Salahaddin University in Erbil. She now works as an advisor to the Netherlands Film Fund and is head of the debate center Avanti.

Roshanak Morrowatian is a dancer and dance maker. After studying modern dance, Roshanak worked as a freelance dancer, performer, and actress in the independent scene in the Netherlands and abroad before pursuing her interest in choreography. She danced and performed in the work of Marina Abramovic, Isabelle Beernaert, Pina Bausch, Alexis Blake, and others. For the performance Polished, she received the BNG Dance Award together with Mami Izumi and was part of the DansClick 22 tour. Roshanak won the Dutch Dance Days Award in 2020 for her performance Kites . Unnoticed details, invisible people, and forgotten stories take the leading role in her choreographies.Interdisciplinary performances in which themes such as identity, borders, and belonging are central. As an artist, she searches for the physical roots in memory, the redefinition of traditions and rituals, and where our movements come from. 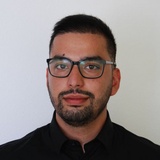 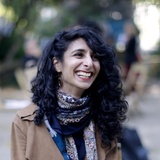 Mina Etemad
Moderator
In collaboration with