For this year’s ‘It’s All Graphic’ event, moderated by Alice Twemlow and Roosje Klap, the invited speakers discuss the role of graphic design in decolonising, depatriarchalising, and reframing the archive. 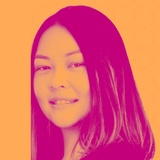 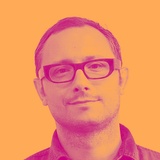 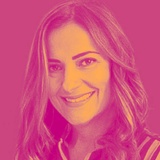 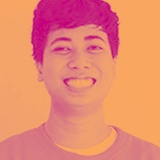 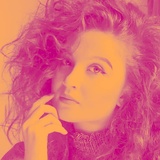 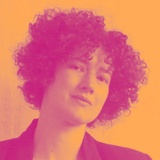 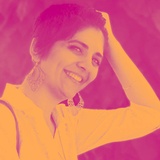 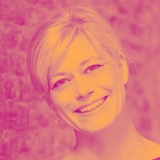 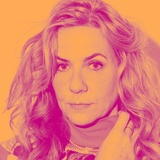 The first part is focused on designers who are addressing omissions in the archive. We’ll discuss the role of counter- and community-archives. Designer, author, and educator Basma Hamdy shares her research on Egyptian design archives; the Grafis Nusantara collective (based in Jakarta) and members of the Syrian Design Archive (based in Damascus and Belgium) each explain their motivations and processes for collecting and cataloging Indonesian and Syrian graphic ephemera, respectively.

In part two, we look at the tools and tactics used by graphic designers to critically intervene, reframe and interpret the archive. Designer and curator Tabea Nixdorff unpacks her critical approach to archives via the Feminist Design Strategies installation currently on display at Het Nieuwe Instituut; Remco van Bladel, co-founder of Archival Consciousness, explains how linked-data aggregation can help diversify the archival database; Alice Wong shares her work-in-progress as media artist in residence at Open Archive 3.0 where she and Simon Tse are engaging in the creative reuse of archival materials.

There will be a general discuss and an opportunity for Q&A with the audience.

This event has been organised to complement the inaugural lecture by Alice Twemlow, Professor by Special Appointment in the Wim Crouwel Chair of History, Theory and Sociology of Graphic Design and Visual Culture at the Faculty of Humanities, University of Amsterdam.

Disquieting Histories: Notes on Silence in the Graphic Design Archive

Alice Twemlow is a design historian, educator, and writer. For 17 years she lived in New York City, where she worked as a program director at AIGA, a freelance conference organiser and journalist, before being invited to launch and direct a new MA in Design Research, Writing & Criticism at the School of Visual Arts. In 2015, she and her family decided to relocate to The Netherlands, where she is Professor by Special Appointment in the Wim Crouwel Chair in History, Theory and Sociology of Graphic Design and Visual Culture at University of Amsterdam and the Design Lector at the Royal Academy of Art in The Hague (KABK). Twemlow has a Ph.D from the History of Design program run jointly by the Victoria & Albert Museum and the Royal College of Art in London, and her book, Sifting the Trash: A History of Design Criticism is published by MIT Press.

Alice Wong (1989) is a story designer and a specialist tutor at MA Information Design of Design Academy Eindhoven. She focuses on translating complex information into comprehensive, sharable storytelling. Her research is rooted in understanding how our perception of reality is shaped, prompting the question: who told you so? Her principal topic of interest lies in the intersection of biographical documentary, media, and social phenomena. Currently, she is undertaking a 12-month work placement at Atelier LUMA with curator Jan Boelen under the support of HKYDTA.

Basma Hamdy is a research-based designer, author and educator producing work that bridges historical, political and social issues with archival, documentarian, participatory, and critical mechanisms. She is an advocate for collaboration and participatory practices, believing that design must promote multiperspectivity. She has collaborated with historians, photographers, designers, activists and cultural organisations to create work that reformulates or challenges established norms or conventions

Kinda Ghannoum, Syrian-Polish graphic designer based in Brussels and co-founder of the Syrian Design archive.

The South Borneo-based graphic designer and illustrator Rakhmat Jaka began collecting vintage Indonesian ephemera back in 2014. With his magpie-like eye for their candy colours and kitschy aesthetics, Jaka would go on scavenger hunts around thrift shops to amass his growing collection. Later he went on to found Grafis Nusantara and digitally archive the collection so he could share this valuable insight into Indonesia’s vivid graphic history with the world. Along the way, he began gathering a team to help him. Grafis Nusantara now has its own website and recently published its own zine.

Remco van Bladel is a graphic and interactive designer based in Amsterdam. He is the co-founder of Archival Consciousness and Onomatopee. His studio focuses on book design, publishing tools, exhibitions, typedesign, websites, applications and data publishing. His clients include artists such as Jonas Staal, Erik van Lieshout, Rafaël Rozendaal and Navid Nuur besides institutions like e-flux, Art-Agenda, Gwangju Biennale, Andy Warhol Arts Writers Grant, De Ateliers, Metropolis M, (F.K.A.) Witte de With, and publishers like Valiz, Sternberg, Roma Publications, Verso and Koenig Books. He is a typography teacher at ArtEZ, Arnhem and is a frequent guest teacher at art schools throughout the Netherlands and abroad.

Roosje Klap is the founder of Atelier Roosje Klap, also known as the collective ARK. She has developed a national and international network in art, design, research, and education, mainly in the cultural sector. With ARK as a vessel, Klap collides an interdisciplinary practice to unconventional, artistic research that stems from playful collaborations.

Positioning in the intersection of technology, art, science, education, and design, the work of ARK is an example of a generation that crossover different artistic disciplines. Her projects involve close collaboration with specialists from diverse creative and cultural backgrounds, such as artists, curators, architects, developers, scientists, and writers.

Klap is a Ph.D. candidate at the PhDArts of the University of Leiden. She researches the perils and possibilities of digital co-creation with machines and artificial intelligence on the owner- and authorship of the contemporary artistic practice.

Sally Alassafen is a Damascus-born architect, with a keen eye for Arabic type which she is prone to snapping with a camera while perusing the city’s streets. The only creative in her family, she spent her childhood painting or sculpting clay and today works at an architecture studio in her home city. 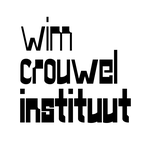 The talkshow about graphic design giving you fresh ideas and inspiration.