Participating in politics as an Indigenous person is challenging as the nation state and it’s political system has been forced upon Indigenous Peoples through colonisation. How to participate in politics when the nationstate denies your existence as Indigenous People’s and specifically your rights as woman? We will be talking with local and International women of Indigenous ancestry to discuss how they navigate political emancipation without assimilation. How to stay true to your Indigenous values while hacking the system for collective wellbeing.

This event can only be attended physically at our studio. The recordings will be made available later on and can be viewed via dezwijger.nl/terugkijken or via our YouTube channel.
In conversation with: 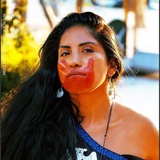 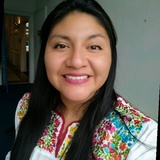 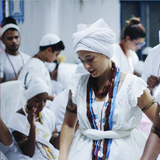 Background:
The panel Indigenous Women in Politics is Inspired on the film “La Vocera”. The film follows the journey of Marichuy in Mexico who became the first independent Indigenous female presidential candidate in 2018. She is part of the Indigenous Congress founded in 1996 after the zapatista uprising and failed negotiations with the state. We recommend participants to watch the documentary La Vocera prior to event, the film is accessible via Netflix.

This book recounts the remarkable life of Rigoberta Menchu, a young Guatemalan peasant woman. Her story reflects the experiences common to many Indian communities in Latin America today. Rigoberta suffered gross injustice and hardship in her early life: her brother, father and mother were murdered by the Guatemalan military. She learned Spanish and turned to catechist work as an expression of political revolt as well as religious commitment. The anthropologist Elisabeth Burgos-Debray, herself a Latin American woman, conducted a series of interviews with Rigoberta Menchu. The result is a book unique in contemporary literature which records the detail of everyday Indian life. Rigoberta's gift for striking expression vividly conveys both the religious and superstitious beliefs of her community and her personal response to feminist and socialist ideas. Above all, these pages are illuminated by the enduring courage and passionate sense of justice of an extraordinary woman.

Threads of my life by Hilaria Supa Huaman

She loves life in spite of everything. Conceived as the result of a rape, she herself was raped at the age of 14. Her name is Hilaria Supa Huamán. She is 47 years old and self-educated. She has lived in Lima, the capital of Peru. She now lives in Huallaccocha, in Cuzco. She campaigns for agriculture and for the women of the countryside. For more than 20 years, she has been dedicated to organizing women and preserving the ancient wisdom and culture of the Andes. For the last six years, she has also been working in search of justice for women who were forcibly sterilized.—1000 Women for the Nobel Peace Prize

From where I stand by Jody Raybould Wilson

An Indigenous leader who has dedicated her life to Indigenous Rights, Jody Wilson-Raybould has represented both First Nations and the Crown at the highest levels. And she is not afraid to give Canadians what they need most – straight talk on how to deconstruct Canada's dark colonial legacy and embrace a new era of recognition and reconciliation 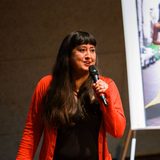