Is it immoral to look at the perpetrators’ perspective of genocide? Does it equal forgiving or could it also provide useful insights? Three WW2 remembrance centres, Westerbork (NL), Bergen-Belsen (DE) and Falstad (NO) have (remains of) the camp commander’s house on their premises. Until recently they remained silent about the houses and the people who lived there. With nationalism, right extremism and holocaust denial on the rise, time had come to claim the sites and the narrative.

Paradox was invited to develop online stories for a young and culturally diverse audience. The first auto-biographically inspired narratives made with prominent image makers, a writer and a spoken-word artist, have recently been put online. In order to be effective, artists adopted new reach-out strategies, including the use of Instagram. Many stories draw on the past, while referring explicitly to parallels with the (Ukrainian) present.

Join the conversation presented by Bahram Sadeghi and Lars Boering jointly looking at the way how mobile media oriented visual storytelling has been implemented for sensitive and controversial stories. Why to look at perpetrators at all? How big is the gap between educational work at memorial centres and the fastly growing online distribution of right extremism? Meet visual artists Ana Zibelnik and Jakob Ganslmeier showing their video installation of Poetry Is out of Place for Falstad.
Creative storytelling duo Jongsma+O’Neill developed an innovative Instagram documentary, fully based based on animation. His Name Is My Name is the moving story of Eline Jongsma, finding out that her great-grandfather Gerrit Jongsma had been the NSB (nazi) mayor of Krommenie. As such, he was responsible of sending a Jewish family to Westerbork, where she, as a child used to go picking mushrooms with her parents.
What differences in interpretation of the holocaust exist among today’s European population? Who and what shapes the image and the legacy of a former concentration camp and how can artists, departing from the perpetrators perspective, open that up?
Find out how spoken-word artist Onias Landveld and photographer/filmmaker Jakob Ganslmeier are addressing some of these issues in a sneak preview of A Mirrored Image, the first part of their work for Bergen-Belsen, to be launched in November.
And meet historians Ingvild Hagen Kjørholt (chair of the Houses of Darkness programme), Rob van der Laarse (chair of the Cultural Sciences capacity group at UvA) and Bas Vroege (producer, director of Paradox), drawing the larger picture of the project and its relevance. 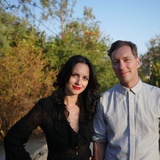 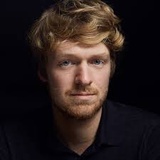 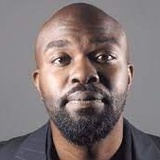 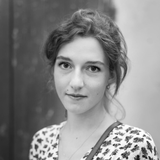 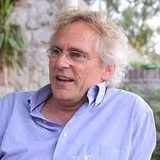 Rob van der Laarse
Chair of the Cultural Sciences capacity group at the UvA, and Westerbork professor in the Heritage and Memory of War and Conflict 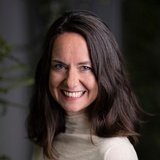 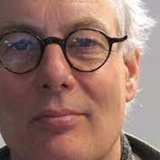 Jakob Ganslmeier (DE)
Jakob Ganslmeier is a photographer and visual artist based in Berlin and Den Haag. Growing up in Dachau, in close proximity of the former concentration camp and nowadays a memorial centre, he quickly developed an interest in socio-political topics. In his artistic practice he dismantles the visual representation of radical ideologies and offering counter-narratives through photography, video, and other visual media. His works have been exhibited internationally, among others at the Museum of Contemporary Art Kraków, Deichtorhallen Hamburg, the Nobel Peace Center in Oslo, and the Museum of Contemporary Art Cottbus. He is the recipient of several awards and grants such as the European Photo Exhibition Award, the Lotto Foundation Young Talent Artprize, or the BBK Berlin grant.

Ana Zibelnik (Sl)
Ana Zibelnik is an artist based in The Hague, Netherlands. She holds a BA in Visual Communication from the University of Ljubljana and an MA in Film and Photographic Studies from Leiden University. She explores the topics of death, longevity and the perception of time, intersecting them with ecology and reflecting on the current status of humans as actors on this planet. In her latest series Immortality is Commonplace she delves into the relationship between photography and extinction, questioning the role of the medium –– defined by its ability to record –– in times of ecological instability. Her practice combines a research based approach with poetic interpretation, often drawing inspiration from literature. She works as a freelance curator and editor for the Dutch cultural producer Paradox.

Onias Landveld (NL)
Onias Landveld is a playwright, creator and spoken word artist. In 2015 he won the Van Dale Spoken Awards for Storytelling. From 2017 to 2019 he was the City Poet of Tilburg. In the years that followed, he developed his craft, which resulted in ‘Wortels en Cassave’, a solo performance about identity, slavery, assimilation and the position of a black man in the Netherlands. Onias has participated in several museum exhibitions, including the National Archives (Face to Face) and the Tropenmuseum in Amsterdam. Landveld teaches storytelling at Radboud University in the Netherlands. As a recording artist he has performed in Ghana, Nigeria, the Caribbean and various parts of Europe.

Jongsma + O’Neill (NL/US)
Jongsma + O’Neill are Eline Jongsma and Kel O’Neill, an Emmy- nominated, Webby-honoured Dutch-American documentary team who balance human-scaled storytelling with cutting-edge filmmaking techniques. They are Sundance New Frontier Fellows, and won the Tim Hetherington Visionary Award with their groundbreaking VR film The Ark. Their films and experiences have premiered at several important international platforms – including Tribeca, SXSW, The New York Film Festival, IDFA, REDCAT, Rencontres d’Arles, HotDocs, Vimeo Staff Picks and AFI Docs. Their work has been acquired for distribution by Hulu, PBS, Oculus, Vice, and The Economist, and they have created and directed campaigns for global brands including HP and Siemens.

Ingvild Hagen Kjørholt (NO)
Ingvild Hagen Kjørholt is Associate Professor at the Norwegian University of Science and Technology and holds a PhD in Comparative literature. She has several publications within the fields of literary history and memory studies. Kjørholt is also affiliated to the Falstad Centre and has experience from various projects using art, creative writing, and digital media to explore history and memory at a Nazi camp memorial site. Currently, she is project manager of Houses of Darkness, co-funded by Creative Europe.

Bas Vroege (NL)
Bas Vroege founded Paradox, a not-for-profit production house for multiplatform documentary photography, in 1993. Before that he was the director/editor of Perpspektief.
Paradox produces photography related projects (exhibitions, books, films, websites) driven by a social agenda. Among the projects realised are: Go No Go (2003, Ad van Denderen), The Last Days of Shishmaref (2008, Jan Louter and Dana Lixenberg), ANGRY (2011, on radicalisation of youth), Via PanAm (2013, Kadir van Lohuizen), 9 Days – From My Window in Aleppo (2015, Issa Touma), etc. Bas Vroege teaches editorial and curatorial practice at the Masters in Film and Photographic Studies (University Leiden, NL) as well as FMAV (Modena, IT).

Rob van der Laarse (NL)
Rob van der Laarse is historian and cultural scientist, and Westerbork professor in the Heritage of War of Conflict at the University of Amsterdam and VU Amsterdam. He founded the dual MA programme heritage and memory studies and the Amsterdam School for Heritage, Memory and Material Culture (AHM), and currently chairs the cultural sciences department (ACW) at the UvA. He is also co-founder and editor of several book series and journals at Amsterdam University Press and Palgrave-MacMillan, and initiated a number of large research projects on Europe’s conflicted heritage and competing memories of the 20th century World Wars and the Holocaust, such as the Terrorscapes project (awarded with the Euromediterraneo Prize in Rome, 2013), and the HERA project Accessing Campscapes (iC-ACCESS), a collaborative project of around 15 universities and camp memorial centres.

Houses of Darkness (2020-2023) is a culture cooperation project co-funded by Creative Europe and a joint initiative of four partners in Norway, Germany, and the Netherlands: Bergen-Belsen Memorial (DE), Camp Westerbork Memorial Centre (NL), Falstad Centre (NO), and the creative producer company Paradox (NL). 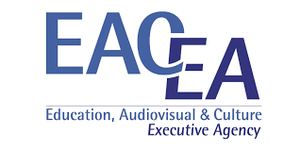 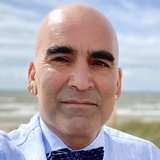