Inequality between countries has become smaller over time, but within-country inequality is on the rise. Many fear that societal uprisings and further polarisation will be the result. Increased inequality is also allegedly related to the rise of populist movements. How will increasing inequality affect our societies? What role have free markets and technological innovation played? Can, and should we turn the tide? And who is the ‘we’ in that? 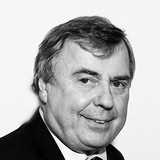 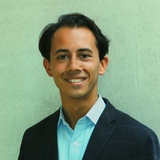 Elizabeth Anderson is Professor in ethics, social and political philosophy, feminist theory, social epistemology, and the philosophy of economics and the social sciences. She is the author of Value in Ethics and Economics, The Imperative of Integration, and, most recently, Private Government: How Employers Rule Our Lives (And Why We Don’t Talk About It). Professor Anderson is currently working on a history of egalitarianism from the Levellers to the present. She is a Fellow of the American Academy of Arts and Sciences, and designed and was the first Director of the Program in Philosophy, Politics, and Economics at UM.

Francois Bourguignon is the former Chief Economist (2003–2007) of the World Bank. He has been the Director of the Paris School of Economics, and from 1985 to his retirement in 2013 a professor of economics at the École des Hautes Études en Sciences Sociales in Paris. In 2016 Bourguignon was awarded the Dan David Prize. His research deals mainly with income redistribution in the developing and developed countries. Bourguignon also sat on the Scientific Committee of the United Nations University World Institute for Development Economics Research, the Council of Economic Advisors of the French Prime Minister and the Executive Committee of the European Development Network.

In this provocative and compelling book, Elizabeth Anderson argues that the failure to see this stems from long-standing confusions. These confusions explain why, despite all evidence to the contrary, we still talk as if free markets make workers free—and why so many employers advocate less government even while they act as dictators in their businesses.

The Globalization of Inequality - Francois Bourguignon (2017)

In The Globalization of Inequality, François Bourguignon examines the complex and paradoxical links between a vibrant world economy that has raised the living standard of over half a billion people in emerging nations such as China, India, and Brazil, and the exponentially increasing inequality within countries. Exploring globalization's role in the evolution of inequality, Bourguignon takes an original and truly international approach to the decrease in inequality between nations, the increase in inequality within nations, and the policies that might moderate inequality’s negative effects. 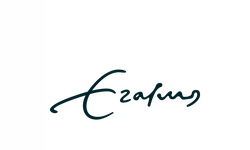