When it comes to urban public spaces, the idea is that everyone can use them. But is this actually the case — are they really public? Public spaces can be defined as places where people individually or together enjoy spending time outdoors. They can vary from stairs in front of a building, where people can sit freely, to large plazas in city centres. There is a strong relationship between the presence of the different groups in public spaces and the characteristics of the built environment. In this special of Designing Cities For All, we aim to understand who the public spaces serve and what characteristics make some public spaces highly welcoming and some not at all. We will talk with designers, researchers, practitioners, and policymakers to take a deep dive into these topics.

You can attend this event physically or online. When making your reservation, choose between a physical spot or an online reservation.
In conversation with 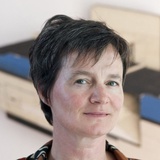 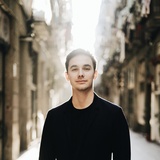 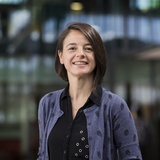 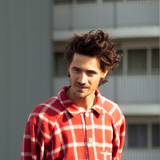 Floor van Ditzhuyzen (Rotterdam) is an architect, curator, and researcher. She is also known as the public space detective, an ongoing research project investigating common and uncommon phenomena in public spaces, and one of the founding partners of the international ‘We Love Public Space’ Festival. This annual event started in 2017 and is dedicated to addressing urgent topics in public spaces, in both an inspiring way and setting. The aim of the Festival is to conduct an open conversation about how city makers deal with developments that determine the design and use of public space, now and in the future. A dynamic platform for the exchange of insights and experiences of everyone who cares about public space; from planner to artist, from designer to an urban ecologist. As a part of this festival, Floor is curating a series of Walkshops in which Rotterdam-based professionals share their fascination for public space and invite the participants to engage actively with, and reflect on the contemporary city and its public spaces.

Özlemnur Ataol (Eindhoven) is an architect and urban researcher specializing in participatory urban research. Her research focuses on the interface between urban and social geography, where her scholarship analyses how cities can benefit from participatory approaches for better inclusive and just development & management. Her experience includes collaborations with locals as well as with public and private institutions, such as local governments, NGOs, and foundations within the fields of evidence-driven policymaking and participatory urban planning & management with underrepresented groups, such as children and women. Ataol advocates for children’s right to participate in every matter children think matters, including their cities, and believes in inclusive development for urban environments. She is currently a Ph.D. researcher at the Eindhoven University of Technology, where she focusses her research on the role of participatory urban planning in creating cities for children.

Maurik Stomps (Rotterdam) is an artist and designer. His work often takes place in the public domain. Who owns the city, and to what extent can you add something to it as an individual? With this as the central issue, he leaves objects behind in the city and tries to subtly disrupt the daily routine. With his work, Maurik states that general aesthetics are subordinate to social impact. In the project ‘Bend the Rules, Stretch the Norm’ Maurik Stomps researched the friction between the law and individual freedom in public space by performing a set of street interventions. With these interventions, he stretches the norm of public space playfully, searching for free zones and possibilities the municipality has not foreseen just yet. Maurik studied graphic design and finished his master’s in Contextual Design at the Design Academy Eindhoven.