In Designing Cities for All, we take a deep dive into (re)designing inclusive cities. Together with designers, scientists, experts, educational institutions, other involved partners, and six Fellows. This particular series of livecasts is curated by architect Lyongo Juliana, who wants to investigate human beings and their identity. How can architecture and design facilitate your identity and – the other way around – how can your identity shape the architecture of your surroundings? For extra nourishment for the soul, in each edition we invite a musician as well: what can architecture learn from music?

This event can only be attended physically at our studio. The recordings will be made available later on and can be viewed via dezwijger.nl/terugkijken or via our YouTube channel.
With in this programme: 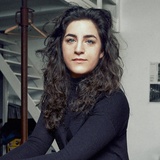 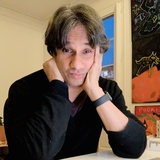 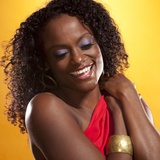 Architect Arna Mačkić (Amsterdam) builds from an ideal: an inclusive society. Arna is born in Bosnia and Herzegovina in 1988. When she was five, her family fled to the Netherlands where the family found shelter in an asylum seekers’ center in Putten. After high school, she studied at the Architectural Design department of the Gerrit Rietveld Academy, after which she continued her education at the Academy of Architecture in Amsterdam. She graduated in 2017 with a Master in Architecture with a design for a fictional Institute for Human Rights: an inclusive and democratic place on the main square in The Hague. Together with architect and fellow student Lorien Beijaert, she founded architecture studio Studio L A. For L A, the practice of architecture is a device through which to investigate societal issues, phenomena, and narratives, and to place them in renewed perspectives. Their projects often relate to inclusion and exclusion mechanisms, refugees, collective identity, and the public domain.

Arna Mačkić from Stimuleringsfonds on Vimeo.

Ali Mangera (London/Barcelona) is an architect and engineer with a Master’s Degree in Structural and Environmental Engineering from Penn State University and studied Architecture at the Architecture Association London. In 2001, he established architectural design studio Mangera Yvars Architects (MYAA) together with Ada Yvars Bravo. Ali since then worked on major projects in a.o. Qatar, United Kingdom, Algeria, Turkey, Indonesia, and China, with a special emphasis on sustainable and culturally aware architecture and urban planning. The approach of MYAA stems from the idea of ‘architecture as landscape’, where they address the key issues of the day such as the changing way we live and work, our basic requirements for shelter, our desire for better urban space, and our absolute need for sustainable cities.

Edison Award-winning singer Izaline Calister (Groningen) has built an impressive track record in the past 20 years, performing at venues and festivals in Europe, Asia, the USA, and South-America with her self-written songs. Born in Curaçao, she moved to the Netherlands when she was 18 to study at the Prince Claus Conservatoire and decided to stay. Izaline possesses the exceptional gift that makes all the difference for a soloist, as she sings in her mother tongue Papiamentu, with feeling and grace. Her music is a fusion between the typical traditional rhythms of her motherland and jazzy harmonies and melodies, seamlessly melding with influences like pop, fado, jazz, and Brazilian music.

SCALE - The Qatar Faculty of Islamic Studies and Mosque designed by Architect Ali Mangera is the world’s first contemporary Islamic university which is both an academic and spiritual space. >>

Lyongo Juliana
Architect and director at lyongo architecture
In collaboration with