The Dutch media landscape has become less diverse in the past ten years, mainly caused by mergers. Making journalism takes time (and thus money), craftsmanship, knowledge and creativity. Independent media platforms, such as OneWorld, that bring new narratives to the landscape, have to carry their own weight. In their DCFA Fellowship, Seada Nourhussen and John Olivieira of OneWorld will invite designers and other experts to expose the design flaws in journalism and explore solutions and practical changes to redesign it. What are the power dynamics and politics in journalism? How just is the system behind journalism? Who gets to decide and who gets to write? 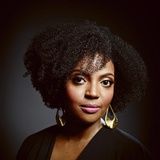 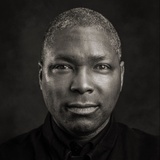 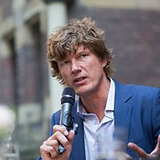 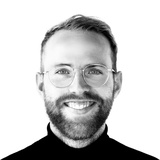 Mick ter Reehorst
Founder and Director of Are We Europe 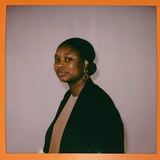 Eric Smit is co-founder and co-editor-in-chief of Follow the Money, a journalistic platform with the goal of truth-finding in service of society. With a background in economics, Eric used to work in business, after which switched to work for Quote Magazine, where he was investigative journalist and later deputy editor-in-chief. In 2009, he founded Follow the Money, together with Mark Koster and Arne van der Wal, and since then, the platform conducts research into people, systems and organizations that misbehave (financially and economically) using radical independent investigative journalism.

Aminanta Minte is freelance journalist, radio editor at NPO Radio FunX, creative entrepreneur and founder of Alien Mag. Alien Mag is an online platform focusing on fashion, lifestyle and culture. Alien Mag revolves around promoting girlpower, self acceptance and the celebration of life in all its forms, specifically of women (of colour).

Mick ter Reehorst is the director and founder of Are We Europe, a non-profit media collective founded in 2017. The collective takes on the complex issue of European identity by showcasing creative talent & storytelling from around the continent and beyond. It publishes a print magazine, multimedia stories and podcasts. Mick studied journalism and international relations in Amsterdam and Paris and travels around Europe spreading the gospel of good design and journalism, and how they go hand in hand. He’s constantly building new projects and partnerships all over the continent.

DossierDesigning Cities for All
The call for a fair, safe and healthy living environment for everyone.
Inclusive
Lees meer
We are all biased, so how can we make journalism more inclusive?

How to create a radical new media organisation

In the 20 years since openDemocracy was born, many other innovative journalism outlets have blossomed on the web. Meet some of the key players to find out how we little fish can make waves in big ponds.