Creativity and innovation have always depended on collaboration — whether people are making art, building structures or innovating tech. But how does collaboration work in a time of distancing? How do we hack our way to health? Creatives often say they need to be in a room together and ‘feel the vibe’, yet we’re constantly finding new ways of creating togetherness apart. In this series, Kerrie Finch — founding partner of Futurefactor — will sit down with creative collaborators to discuss how we can apply their insights to business and the world of creative communication. How have they adapted to the current situation? Have they discovered new ways to work, play and perform together? Join us for a left-field conversation on how to stay creatively connected during and post-pandemic. 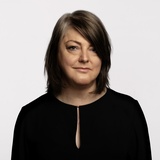 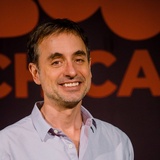 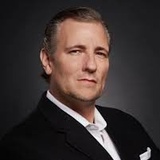 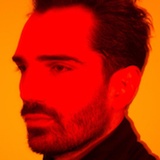 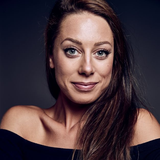 Andrew Moskos is co-founder, artistic director, actor, and an active partner of Boom Chicago who loves big ideas. Recent themes in his comedy productions include artificial intelligence, US politics, and 90s sitcoms that are having an unlikely renaissance.
Andrew hosts, writes for and performs at international conferences (both traditional and digital). Over the past 25 years, he has worked on high stakes corporate events for most major companies in the Netherlands. Yes, ‘most’ as in a majority of them. He coached Prime Minister Mark Rutte and co-wrote his ‘most successful speech ever’ for the Dutch Correspondents dinner.

After initial studies in Sociology in Belgrade, Serbia, Bogomir went on to receive his Bachelor’s degree from the Gerrit Rietveld Academy in Amsterdam. A few years later he graduated cum laude from the Master of Film program at the Netherlands Film Academy. He is doing Artistic Research PhD at the University of Applied Arts Vienna with the ongoing research project “I Dance Alone” that observes clubbing from a birds-eye-view as a mirror of social and political changes. Investigating collective and individual dynamics of the dance floor. Between 2012-2015 he curated an international series of exhibitions and events tackling the social meaning of the personal image under the title ‘FACELESS’. After this project he started a yearly collaboration and production of exhibitions and symposiums with the CPDP-Computer Privacy and Data Protection Conferences in Brussels. This phenomenon is documented as a special edition of the University for Applied Arts Vienna in August 2017, under the title “FACELESS: Re-inventing Privacy Through Subversive Media Strategies”.

In his position, O’Neill oversees the content rollout of original series premieres, acquisitions, new season launches, stunts and tentpole events, including the annual “Comedy Central Roast” and biennial “Night of Too Many Stars” benefit for autism programs, and will manage the creative ideation and execution of programming and promotion strategies across all screens to maximize consumption and monetization of content for all three brands.

Wendeline Wijkstra is a member of the corps the ballet at Dutch National Ballet. She grew up with her brother, sister and parents in Oost-Souburg (Zeeland, The Netherlands). She took her first dance lessons at the age of ten with Stichting Dansz, in Goes. Shortly afterwards, she was accepted for the dance course at the Royal Conservatoire, in The Hague. During her training there, she took a summer course at the School of American Ballet, in New York, and took part in the Prix de Lausanne. Her career with Dutch National Ballet began in 2008. She has received two awards from the Alexandra Radius Fund. She has also appeared in the Dutch TV series ‘Blood, Sweat and Blisters’ and on radio. Wendeline Wijkstra presents Dutch National Ballet’s education performances and international live streams, including the live stream of World Ballet Day. She is also closely involved in initiatives for fundraising and charity, such as Dance for Health for MultipleSclerosis and the Muscle Foundation. 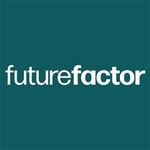 How to stay creatively connected during and post-pandemic.