On the 20th of June, it’s World Refugee Day. This is an international day designated by the United Nations to honour refugees around the globe. The world stands in solidarity with the strength and courage of people who have been forced to flee.
But how aware are we of the problems that refugees face every day? And how can we show solidarity to the most vulnerable and often overseen groups of refugees? How much does campaigning contribute to more visibility? Through our panels, we explore strategies for campaigning to increase the visibility of less visible refugee groups.

‘Refugee’ and ‘asylum seeker’ are only temporary terms, they do not reflect the whole identity of people.

This event can only be attended physically at our studio. The recordings will be made available later on and can be viewed via dezwijger.nl/terugkijken or via our YouTube channel.
Speakers 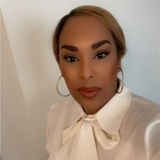 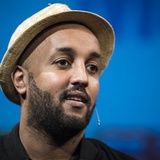 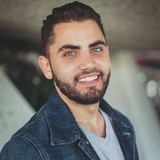 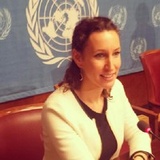 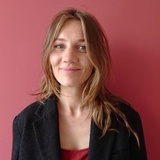 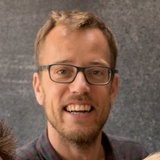 Intro
Mo Hersi is a comedian who came to the Netherlands when he was three. Born in Ethiopia, he and his family had to flee when the civil war broke out, after which they ended up in the Netherlands. Even though Hersi was still young when he fled to the Netherlands, he still has many memories of this. Hersi takes these experiences and the experience of growing up in an asylum seekers’ centre into the theatre. As a comedian there is a good dose of humour in his performances, but you always find a serious underlying message. Hersi steps onto the public stage with the idea of ​​providing a counterpoint to the negative and polarised image of refugees. He calls himself a ‘successful refugee’ and feels connected to both the Dutch heritage and his Ethiopian heritage. In that context, Hersi Mo is making The Messenger, a 31-day hike throughout the Netherlands.

Panel I
Fairuz Sewbaks is a human rights activist, researcher, and empowerment trainer. In addition, she is one of the founders of PAD (people of African descent) a foundation that works hard to strengthen the positions of PAD communities in the diaspora and is currently very much concerned with the discrimination that is exacerbated by the Ukrainian war. Fairuz is also the Vice-Director, Human Rights Coordinator and Head Researcher at Global Human Rights Defence.

Sander Laban is the Senior Coördinator Public Affairs at VluchtelingenWerk Nederland. He studies Law with a Masters in International Relations at the Rijksuniversiteit Groningen. He is committed to civil rights and social action, economic independence, human rights and politics.

Chantal Kuipers did an Internship at Defense for Children on the topics Children’s rights and Migration. After this she worked as a volunteer Legal team for undocumented migrants and as a legal consultant. Currently she works as a Policy Officer Human Rights in the Netherlands at Amnesty International.

Panel II
Mohammed Badran started his bachelor’s degree in Cultural Anthropology and Development Sociology at VU and completed his master’s in Social and Cultural Anthropology. Mohammed has a Palestinian background and was born in the Yarmouk refugee camp in Damascus, Syria. He came to the Netherlands in 2013. He is a founding member of a number of self-led networks such as Syrian Volunteers in the Netherlands (SYVNL), the G100 Initiative, the Global Refugee-led Network (GRN), and the Diaspora Networks Alliance. His consultancy MB Capacity Development supports organizations, companies and government agencies to better understand the different dimensions of migration and the refugee experience.

Femke Joordens is responsible for the design and operationalization of strategic objectives for stakeholder engagement and communication activities in the Netherlands. She designs and manages these strategies and activities. She also stimulates and improves the dialogue with external relations in order to gain a better understanding of refugee affairs. Her work as External Relations Officer is a way to broaden her experience in advocacy, program management, stakeholder engagement and partnerships. 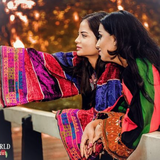 The Attan Girls
The Attan Girls is a group of two girls, Jina Wafa and Parwanah Alemyar, who love the art of dance and especially attan dance. They both originate from Afghanistan and moved to the Netherlands at a very young age. From a young age Jina dreamt of being able to do attan, but at that age it seemed a distant dream. Parwanah, on the other hand, didn’t like attan, because she didn’t like the way everyone performed attan so asynchronous. Eventually, some years later they both started to learn attan from a professional and they became very good at it. They enjoyed attan so much that they wanted to bring this joyous art to the world stage. So, they started performing on different stages from theaters to wedding halls. For Jina and Parwanah, attan is a way of connecting with their roots and the joy it brings to them. They want to convey this message of connection and joy through their dance to everyone and especially the Afghan diaspora.
Their group is unique, because they are the only girl team at the moment that do attan on stage. It reminds them of the old days when girls performed attan on television in Afghanistan. The Attan Girls have performed for charities and donated a lot to UNHCR and other organization that help refugees.

Whoever they are, people forced to flee should be treated with dignity. Anyone can seek protection, regardless of who they are or what they believe. It is non-negotiable: seeking safety is a human right.
Wherever they come from, people forced to flee should be welcomed. Refugees come from all over the globe. To get out of harm’s way, they might take a plane, a boat, or travel on foot. What remains universal is the right to seek safety.
Whenever people are forced to flee, they have a right to be protected. Whatever the threat – war, violence, persecution – everyone deserves protection. Everyone has a right to be safe.

Each year on June 20, the world celebrates World Refugee Day. This year, the focus will be on the right to seek safety.

Asylum procedure in the Netherlands

To get protection as a refugee in the Netherlands, you have to request asylum. From that moment, you will be a part of the asylum procedure. During this procedure, the Immigratie- en Naturalisatiedienst (IND) investigates if you are a refugee recording to the European Convention on Human Rights.

You can be granted an asylum residence permit in the Netherlands under certain conditions if you:
fear persecution because of your race, religion, nationality, political convictions or because you belong to a particular social group;
fear the death penalty, torture or other inhumane treatment;
fear becoming a victim of indiscriminate violence due to war in your country of origin;
are traumatised by events in your country of origin.

In April 2022, the influx of asylum seekers (the total number of first and repeat applications and family reunifications) was 3,230. This is a decrease compared to the preceding month: in March, it was 4,202.

Lale Turan
Stagiair Ruimtelijke Stad
The moderator of this event is 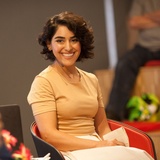