In celebration of the 15 year anniversary of NOOR, we come together at Pakhuis de Zwijger for an evening filled with the groundbreaking agency’s iconic milestones in visual storytelling and take a peek into the future. NOOR is elated to invite you to celebrate this milestone with us. We start off the evening with a journey through 15 years of NOOR’s iconic moments in visual storytelling, where we will touch upon the unwavering passion for documenting and witnessing the human experience in all its facets which lies at the heart of NOOR. The second part of the evening will consist of a roundtable panel discussion centred around the future of visual storytelling with NOOR’s creative director Stefano Carini, NOOR members Kadir van Lohuizen, Pep Bonet, Andrea Bruce and Sanne De Wilde, moderated by Samira Damato. We conclude with an open Q&A in which we invite you, the audience, to imagine the future of visual storytelling together with us.

You can attend this event physically or online. When making your reservation, choose between a physical spot or an online reservation.
Met in dit programma 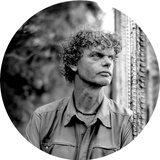 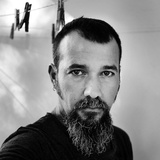 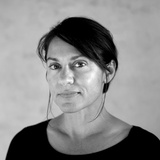 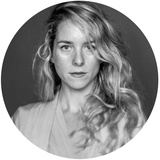 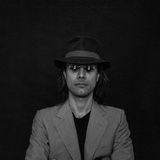 Information about the speakers

Kadir van Lohuizen – Photographer, Co-founder NOOR
Kadir van Lohuizen (NL) is a multi award-winning photojournalist and co-founder of NOOR Images, based in Amsterdam. Kadir has covered conflicts in Africa and elsewhere and is probably best known for his long-term projects on the seven rivers of the world, Wasteland, where he investigated (mis)-management of waste in six mega cities and the Arctic, the new frontier. Starting his career as a professional photojournalist in 1988, covering the Intifada, Kadir has received numerous prizes and awards in photojournalism over the span of his career. Kadir has served on multiple international jury panels, including that of the World Press Photo Contest, and acted on the supervisory board of the World Press Photo Foundation for almost a decade.

Pep Bonet – Photographer, NOOR member
Pep Bonet (Spain) is an award-winning filmmaker and photographer who has traveled extensively capturing profound moments that represent the unbalanced world in which we live. His longer-term projects focus on African issues with his most well-known project being “Faith in Chaos”, a photo essay on the aftermath of the war in Sierra Leone. Pep’s ongoing work around the globe on HIV/Aids and identity has led to several photography books and many exhibitions worldwide. He is also known for a long-term reportage on the rock ‘n roll band Motörhead. Pep spent many years (2008-2015) on the road with Lemmy Kilmister, the legendary singer of the band and created an exceptional visual document of the many hours spent on the road with Motörhead. Pep is a photographer, a filmmaker and a DP. He works on personal projects, mostly directing documentary films and on assignments for clients and NGO’s. He frequently lectures on photography, multimedia and film and conducts workshops.

Andrea Bruce – Photographer, NOOR member
Andrea Bruce (USA) is an award-winning documentary photographer who brings attention to people living in the aftermath of war. She concentrates on the social issues that are sometimes ignored and often ignited in war’s wake. Andrea started working in Iraq in 2003, following the intricacies and obstacles of the conflict experienced by Iraqis and the US military. For over ten years she has chronicled the world’s most troubled areas, focusing on Iraq and Afghanistan. For eight years she worked as a staff photographer for The Washington Post and later as a part of the VII Network (2010-2011). At The Post, she originated and authored a weekly column called ‘Unseen Iraq’. She also worked at The Concord Monitor and The St. Petersburg Times after graduating from The University of North Carolina at Chapel Hill. Currently, Andrea Bruce is a CatchLight Fellow and a National Geographic Explorer.

Sanne De Wilde – Photographer, NOOR member
Sanne De Wilde (Belgium, 1987) explores the medium of photography and effectuates this in regards to subjects related to the role genetics, identity and perception play in people’s lives and how this shapes and affects communities and makes people vulnerable in the eye of society. She graduated with a Master in Fine Arts at KASK in Ghent (BE) with great honours in 2012. She has been internationally published (Guardian, New Yorker, National Geographic, Le Monde, CNN, Vogue) and exhibited (Voies OFF, Tribeca Film Festival, Circulations, Lagos Photo, Lodz Fotofestiwal, Cortona On the Move, IDFA, STAM and EYE). Since 2013, De Wilde works with the Dutch newspaper and magazine De Volkskrant in Amsterdam the Netherlands and joined NOOR in 2017. She is represented by East Wing Gallery (Doha, Qatar).

Stefano Carini – NOOR Creative Director
Born in Torino, Italy in 1985, Carini is the Creative Director of NOOR Images and the NOOR Foundation. An independent thinker, visual artist, photographer, curator, book designer, writer and filmmaker. Carini’s core interest lies in visual education, visual literacy and indigenous production of visual work. After studying photography and photojournalism in London, UK and Arhus, Denmark, he briefly worked as a photo editor for NOOR Images in Amsterdam before moving to Iraq where he lead Metrography, the first Iraqi photo agency through the war with ISIS and until October 2015 producing several bodies of work which were exhibited across Europe. In 2016, he co-founded DARST Projects, an independent cultural hub for the research, production and publishing of documentary projects that produced groundbreaking projects ever since. Carini trains photographers and visual storytellers in Europe and The Middle East and has given lectures at different institutions across the world. He has led visual laboratories with children in the Roma community, with refugees and IDPs in Iraq and with students across Europe. He is based in Torino Italy where he lives with his two children.

Samira Damato – NOOR Head of Education & Exhibitions
Samira Damato (MLT/DE) was raised in a few different countries but spent the majority of her life living either in Malta or in the Netherlands. She completed her bachelor in Fine Art at the Royal Academy of Art in The Hague. Then, she went on to complete her MA at the Piet Zwart Institute, Rotterdam, in Lens-based media. Then, she completed a second MA in film theory and visual culture at the University of Antwerp, BE. Alongside her role at NOOR, Samira pursues her practice as a filmmaker and has received international awards for her short films. Before NOOR, she completed different internships, those being at Greenpeace, EA in Beijing, and FIRST film, XINING (intermittently in Beijing and Xining). During her studies, she supported herself by working as a graphic designer for the Leiden University Press, and eventually also teaching film editing and post-production at the WDKA (Rotterdam) and the KABK (Den Haag). Over the past 3 years, she was employed as an Exhibition Manager and Project manager at the World Press Photo Foundation. She continues to work to support various photo foundations and organizations.