There appears to be a new opportunity for existing city games to come together to create an interconnected infrastructure. Linking individual games to one another results in an ecology of games which creates a difference in how cities learn, plan and decide. Network of Games, a family of interrelated games supported by an interconnected infrastructure, make a real difference in the integral planning and designing of cities. 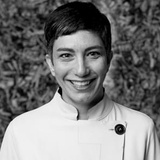 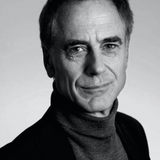 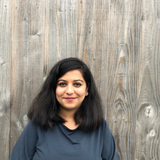 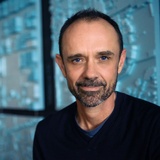 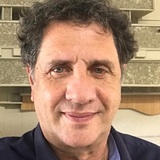 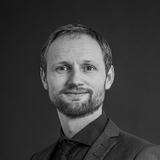 Since the development of the theoretic framework for Network of Games in 2018, two concrete cases have been implemented in two Dutch cities: Amsterdam and Breda. In both cases, a number of games and simulation models are linked through their datasets as well as interfaces. In the Amsterdam example of the Klimaatspel, two games and the energy transition model -ETM from Quintel were connected. In the Breda case of the Play the Koepel, new datasets such as urban heritage and interfaces [UR rekenmodel and Typeform] were fused to respond to complex urban challenges.

Principles such as data sharing and relating as well as connecting interfaces behind the Network of Games approach is harvesting its initial outcomes. With the purpose of spreading the working approach among city game developers, planners, urbanists and architects, we open source or game databases. We expect that sharing data infrastructure of Network of Games will enlarge the game ecosystem and generate a series of innovative game combinations in the coming decades. This is an open call for all city and game developers and Play the City [initiator of Network of Games] looks forward to new meaningful collaborations and further maturing of the city gaming practice.

The Network of Games research has been supported by Stimuleringsfonds and the Nederlandse Organisatie voor Wetenschappelijk Onderzoek, developed by Play the City and partners. Content partners are the Playful Interaction Chair at Eindhoven University of Technology, department of Industrial Design, the Play & Civic Media at the Amsterdam University of Applied Sciences, and the Bahcesehir University Gamelab (BUG Lab).

Please find the datasets used in the Network of Games in this link: https://drive.google.com/open?id=18IVEBABhwlZOBuALs9U_mwhpX-F3qd6u

Please download the Network of Games App Beta Version through this link: https://drive.google.com/file/d/1gqb6Zxp69bNoty_IZN4FnVJZkehzPJn1/view

Ekim Tan is an architect from Istanbul based in Amsterdam. Born in Istanbul, Ekim relocated to the Netherlands after having worked and studied in the United States, Syria and Egypt. Being trained as an architect, her growing interest and passion in cities and games led to a doctoral degree at the Delft University of Technology, titled “Negotiation and Design for the Self-organizing City: Gaming as a Method for Urban Design”. In 2010 Tan founded Play the City, an Amsterdam and Istanbul based city consultancy firm that helps governments and market parties effectively collaborate with stakeholders. Since developing the City Gaming method during her doctoral research at the TU Delft, it has been applied in projects worldwide, among others, in Istanbul, Amsterdam, Dublin, Shenzhen, Tirana, Cape Town and Brussels. In her role at the Play the City, Ekim stays well-informed about the latest developments in societies and technologies worldwide. This helps her give the right direction to a young and growing firm. Meanwhile, she regularly travels to lecture and give training about cities and games; among which are the Technical University of Delft, Aleppo University for Arts and Sciences, Rotterdam Architecture Academy, Amsterdam Architecture Academy, Copenhagen Business School, and Middle East Technical University. Following the book on the doctoral research [2014], Tan published ‘Play the City: Games Informing Urban Development’ [2017] sharing special knowledge and experiences developed through the Play the City practice.

Ben Schouten is professor emeritus of Playful Interaction at Eindhoven University of Technology, department of Industrial Design as well as Lector Play & Civic Media at the Amsterdam University of Applied Sciences (HVA). He founded the Master Digital Design in Amsterdam and until 2020 worked as its scientific director. His group focuses on play and design for social innovations, citizen empowerment and culture. He is a member of the advisory board for ERC Synergy Grants as well as for the Dutch Creative Industry Fund, responsible for E-culture. He (co) authored 5 books and more than 100  publications at the intersection of play, games, participatory design and citizen empowerment. He has created multiple games within the domain of health care, education, urban planning, focusing on playful empowerment and bottom-up governance in digital culture

Thijs van Spaandonk studied Architecture at Eindhoven University of Technology. As a partner at BRIGHT, Head of Urbanism at the Rotterdam Academy of Architecture and in other roles and responsibilities, Thijs explores and addresses the cultural aspects of the major challenges our living environment is facing. Thijs van Spaandonk is partner at BRIGHT, an R&D cooperative for urban development, he co-founded with Gerjan Streng in 2017. Bright produces observations and prototypes to investigate and intervene in the impact the systems of energy, food, mobility and economy have on our surroundings. Recently Bright was intensively involved in the exhibition Places of Hope in Leeuwarden; the Dutch Climate Agreement and the Regional Energy Strategy for the Province of North-Holland; a serious game to support neighbourhood Climate Agreements in Amsterdam with Play the City and Space & Matter; the educational game Ministry of Food in collaboration with Lava and the national broadcaster KRO-NCRV, and a series of bat houses. Bright is a member of the international design collaboration The Cloud Collective, a cooperative that wants to address the social impact of architecture and design.

Anubhuti is an urbanist and architect by profession. She hails from India with a Bachelors in Architecture and 3 years of work and teaching experience prior to her Masters in Urbanism at TU Delft. Her interests lie within the water sector, green infrastructure and energy landscapes. Her approach in design focuses on a multi scaler integrated planning and participatory design. Her introduction to urban gaming started with her work at Play the City. Currently, she works at Generation Energy as a designer, a consultancy that connects the energy challenge with other transitions in the Netherlands. In continuation to her interest in gaming, her work at GE also focuses on game design (online and offline) along with the team, has recently developed a ‘Heat Game’ which involves municipalities to play and enter into a dialogue with each other centred around the heat transition in NL.

Dr. Anthony Duckworth is a practitioner, educator and researcher with experience in urban design, architecture and transport engineering. Through his role at the Australian Urban Design Research Centre (AUDRC) at the University of Western Australia, he has developed and applied research to tackle the challenges of growing cities and methods of multi-stakeholder collaboration. He has developed a suite of interactive, tactile 3D physical models to engage stakeholders in the collective decision-making process for urban plans and policy from building scale to urban regions. This work aims to build the capacity of diverse actors in the urban system to work together in the formation of spatial plans and policies which target sustainable development goals.

Professor PhD Flavio Janches is a practising architect, researcher, and Professor of Architecture and Urban Design at the University of Buenos Aires, Argentina.  In 1986, he co-founded BJC Architecture Studio specializing in project management and urban design. BJC Architects has participated in many competitions worldwide, winning twenty-four prizes including the Buenos Aires International Biennial of Architecture National Prize in 1998 and 2001. Since 2001, Prof. Janches has held numerous invited research positions internationally including,TU Delft, The Netherlands, acted as guest professor at Harvard University, TU Delft, Amsterdam Academy of Architecture, University of Buenos Aires, Pontificia Universidad Católica de Quito, Berlage Institute, Universidad Santa Maria and SLU among others, and as a visiting scholar at the David Rockefeller Center for Latin American Studies at Harvard University. All these positions involved projects aiming to integrate, physical and socially, marginalized settlements in the Buenos Aires Metropolitan Area. 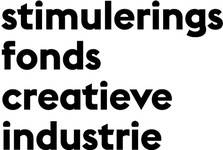 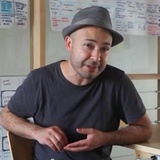