In the last last couple of months, our streets were empty and our cities quiet. Behind this seeming tranquillity, there has been a storm raging through our values and structures. It has given us the space to think about a complete ‘reset’ of the dysfunctional systems in our society. In this series, we showcase the perspectives of a variety of thought leaders who will reflect on our present-day situation. Through the lens of their own area of expertise and with an emphasis on the power of design and imagination. The corona crisis is, without a doubt, a crisis that is leaving behind a trail of victims. But which transformations will we be left within the aftermath? In times as these, it is the creatives, philosophers, scientists, makers, and designers who can visualize new scenarios, and develop new insights for our future. 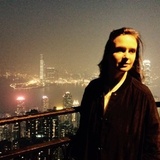 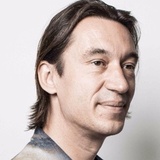 Lonneke Gordijn
Together with Ralph Nauta (1978), Lonneke Gordijn (1980) founded studio DRIFT in 2007. With a multi-disciplinary team of 64, they work on experiential sculptures, installations and performances. DRIFT manifests the phenomena and hidden properties of nature with the use of technology in order to learn from the Earth’s underlying mechanisms and to re-establish our connection to it. With both depth and simplicity, DRIFT’s works of art illuminate parallels between man-made and natural structures through deconstructive, interactive, and innovative processes. The artists raise fundamental questions about what life is and explore a positive scenario for the future. All individual artworks have the ability to transform spaces. The confined parameters of a museum or a gallery does not always do justice to a body of work, rather it often comes to its potential in the public sphere or through architecture. DRIFT brings people, space and nature on to the same frequency, uniting audiences with experiences that inspire a reconnection to our planet.

Koert van Mensvoort
Koert van Mensvoort is an artist and philosopher best known for his work on the philosophical concept of Next Nature, which revolves around the idea that our technological environment has become so complex, omnipresent and autonomous that it is best perceived as a nature of its own. It is his aim to better understand our co-evolutionary relationship with technology and help set out a track towards a future that is rewarding for both humankind and the planet at large.

Van Mensvoort started his career in the late eighties with the creation of videogames – belonging to the first generation of whizz-kids who are now no longer kids. In the nineties he moved on and studied computer science, philosophy and art. He received a MSc in computer sciences from Eindhoven University of Technology (1997) a MFA from the Sandberg Institute, Masters of Rietveld Academy, Amsterdam (2000) and a PhD in industrial design from Eindhoven University of Technology (2009).