In the last couple of months, our streets were empty and our cities quiet. Behind this seeming tranquillity, there has been a storm raging through our values and structures. It has given us the space to think about a complete ‘reset’ of the dysfunctional systems in our society. In this series, we showcase the perspectives of a variety of thought leaders who will reflect on our present-day situation. Through the lens of their own area of expertise and with an emphasis on the power of design and imagination. The corona crisis is, without a doubt, a crisis that is leaving behind a trail of victims. But which transformations will we be left with in the aftermath? In times as these, it is the creatives, philosophers, scientists, makers, and designers who can visualise new scenarios, and develop new insights for our future.

With in this online event 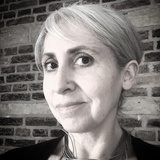 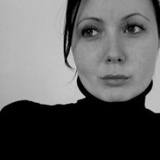 Gabriella Gómez-Mont is the founder and former director of the award-winning Laboratorio para la Ciudad (2013-2018). She is now in the process of launching Experimentalista; a novel type of creative studio specialized in cities, public imagination and system change. Experimentalista constantly shifts-shape to accommodate high-level, transdisciplinary collaborations across the world, and is already working on a wide-ranging portfolio: from advising Mayors on strategic projects, to working closely with grassroots organizations on several continents. Gabriella is also a Yale World Fellow, a TED Senior Fellow, an MIT Director’s Fellow, and has won several international awards and recognitions in different fields – from visual arts to (creative) bureaucracy.

Gabriella invited Yana Buhrer Tavanier to reflect on her story. She is the cofounder and executive director of Fine Acts, a global platform for socially engaged creative solutions. As a creative activist and a social entrepreneur with a background in investigative journalism, she explores human rights innovation at the intersection of activism, art, tech and science.

Buhrer Tavanier is also cofounder of TimeHeroes.org, a do-more-good platform building volunteering culture in developing societie. She is a board member of the Bulgarian Helsinki Committee, the country’s leading human rights group, and an expert member of Amnesty International’s Europe and Central Asia Regional Oversight Group. She has a BA in communication and MA in political science from Sofia University, along with executive education at Harvard University, Yale University and Oxford University. She is a Young Global Leader of the World Economic Forum, a fellow of the Royal Society of Art and was named one of 50 people who will change the world in WIRED’s Smart List 2012.

Frame magazine - Ranking fourth in the world in terms of population, Mexico City stands geographically and socially divided. With a reputation for corruption and crime, it derives around eight percent of its GDP (and rising) from the creative industries, with over half of its population under the age of 26. >>