Dedicated to the Artic and chaired by Jean Jouzel, and under the patronage of Minister Ségolène Royal, French Ambassador for the Arctic and Antarctic Poles, the 9th edition of the Carmignac Photojournalism Award was awarded to Yuri Kozyrev and Kadir Van Lohuizen (NOOR). Their investigative photoreportage 'Arctic: New Frontier' is a pioneering double expedition which explores the effects of climate change on the entire Arctic territory. They want to experience the dramatic transformation of natural landscapes and the demographics in the Arctic, and the impact of these changes on the lives of the region’s inhabitants. Tonight, Kadir van Lohuizen will meet journalist and Pole traveler Bernice Notenboom to talk about their experiences on the poles and what they both saw and documented.

The photos of Yuri Kozyrev and Kadir van Lohuizen are superb. Through them, from Siberia, Svalbard and Greenland to Canada and Alaska, we discover the Arctic of today, with its landscapes and wildlife that are drawing a growing number of tourists, as well as its populations who are exposed to extreme climates and who mine resources such as nickel and, increasingly, gas, oil and coal. Protecting the environment does not appear central to their activity, to put it mildly.

—Jean Jouzel, climatologist,
winner of the 2012 Vetlesen Award and co-winner
of the 2007 Nobel Peace Award as Director of the IPCC

For the very first time, two photojournalists have simultaneously covered the irreversible changes that have taken place in the Arctic, to bear witness to the effects of the melting of the ice-caps.

Yuri Kozyrev travelled the route of the Russian maritime ports of the Arctic, accompanying the last remaining Nomadic people of the region, the Nenets, during their seasonal movement known as transhumance. This was interrupted for the first time in the Nenets’ history in 2018, because of the melting of the permafrost. Kozyrev skirted the coast of the Barents Sea in the north of the country, and travelled aboard the Montchegorsk, the first container ship to use the Northern Sea route unassisted. He encountered people who had been made ill by nickel mining in Norilsk, and then travelled to Murmansk, where the first floating nuclear power plant is under secret construction.

Kadir van Lohuizen started his journey on the Norwegian island of Spitzberg in the Svalbard archipelago. He then followed the Northwest Passage, which is now the shortest route between Europe and Asia thanks to the melting ice. In Greenland, he met scientists who have recently discovered the existence of frozen rivers beneath the ice-cap, which are directly contributing to the planet’s rising water levels. South of Cornwallis Island, off the coast of Canada, he lived in the small community of Resolute, which has recently been home to a training facility for the Canadian Army, as climate change has led to ever-increasing routes through the Arctic region. Finally, he travelled to Kivalina, an indigenous village on the northern tip of Alaska, which, according to current forecasts, will disappear underwater by 2025.

The forces of tourism, militarisation, exploitation of gas and mineral resources, and the opening of trade routes mean that the Arctic is today the site of clashes between countries and multinationals who are locked in a chaotic competition for control of these zones, which have taken on strategic importance in the history of humankind due to the effects of global warming. The photographs in “Arctic: New Frontier” by Yuri Kozyrev and Kadir van Lohuizen are an alarming testimony to the speed of transformation in the region and the upheavals that are taking place on a global scale. 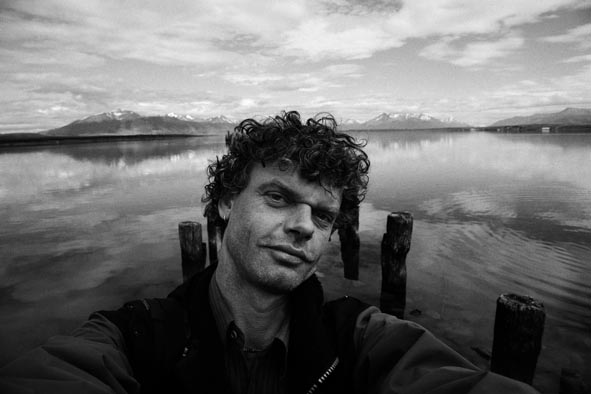 Kadir van Lohuizen
Born in The Netherlands in 1963, Kadir van Lohuizen started his carrier as a photojournalist in 1988 by reporting the Intifada. During the mid-1990s, he has covered conflicts in Africa and the aftermaths of the dissolution of the Soviet Union. He is best known for his long-term projects documenting seven rivers of the world, which he roamed from source to mouth. He also documented the rising of sea levels and its consequences, the diamond industry, the post-Katrina period in the USA, violences against women and migration in the Americas.

Since joining the Fondation Carmignac, he has organized the exhibitions and published the books Blank pages of an Iranian photo album by Newsha Tavakolian (Magnum Photos, 2015), Colony by Christophe Gin (2015), Libya: A human marketplace by Narciso Contreras (2016), The Trap: Trafficking of Women in Nepal by Lizzie Sadin (2017), and Arctic: New Frontier by Kadir van Lohuizen & Yuri Kozyrev (NOOR, 2018) and he curated the Photojournalism Award retrospective 2009-2015 at Saatchi Gallery (2016) – the most visited photojournalism exhibition in 2016 (Source: The Art Newspaper).

Bernice Notenboom is a climate journalist and professional adventurer. Her extreme expeditions are blazing a path by placing focus on the tipping points of the world’s climate. 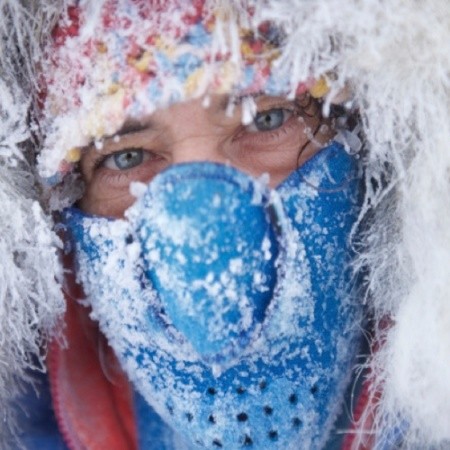 She became the first woman on skis to reach the North and South Poles, as well as the Siberian Pole of Coldí and traversed Greenland’s ice cap in just one year. She climbed to the top of Mount Everest and kayaked 1000 km on the Niger River in the Sahara. She is a climate chaser, traveling to the world’s extreme regions, bringing global warming to the attention of world political leaders and business executives.

Ilse van de Kamp
Producent
Questions or remarks regarding this program? Please have a look at our Frequently Asked Questions
This event is in English
Pay as you like
Grote zaal
These 169 people attended
This event is developed by

Laurie
Thanks for your interest! Before we confirm your reservation, we'd like to ask you a few things.
This event is in English
Pay as you like
Grote zaal
These 169 people attended