For In Search of Europe, Lucas De Man travelled through 17 European cities and searched for creative professionals.
This event is in English
Pay as you like
Grote zaal
Share
Tweet
+
Deel
E-mail

For his project In Search of Europe, Lucas De Man travelled during the summer of 2015 in 30 days through 17 cities in 8 countries. Accompanied by a camera team he searched for the upcoming generation of European creators: creative professionals that fight for change in society. In the documentary In Search of Europe, meeting modern visionaries, Lucas shares his highlights and insights of his journey. Meet the creator, discover their projects and see how this upcoming generation is not about creating a better world, but about creating a sense of community.

Meet the creators and visionaries

In order to understand today’s Europe, Lucas looked back and forth, to past and future. He spoke to professors and historians about the generation of visionaries that laid the foundation of the Europe that we know: Erasmus, Thomas More, Luther, Copernicus, Machiavelli, Columbus and Mehmet II.

Lucas also talked to creators, creative professionals, who not only have a vision of today’s society, but actively try to shape it by the projects that they work on. Remarkably, a new generation is on the rise in Europe, a generation that has a pragmatic-idealistic worldview. This generation uses art and technology in different ways to create communities and societal movement in a common battle for conservation of our commons, a new democracy and a world in which we live closer together.

During the trip, the travellers posted a daily report. Europe reporter Tomas Vanheste of De Correspondent shared his articles. Director Ruut van der Beele and camera men Pepijn Robben and Ton Vorselaars recorded both the documentary ‘In Search of Europe, meeting modern visionaries’ and the short movies in which Lucas and Tomas shared their findings. Lucas interviewed creators and professors and wrote the article ‘Five battles of a creative generation’. He also found inspiration for his theatrical lecture performance De Man in Europe. 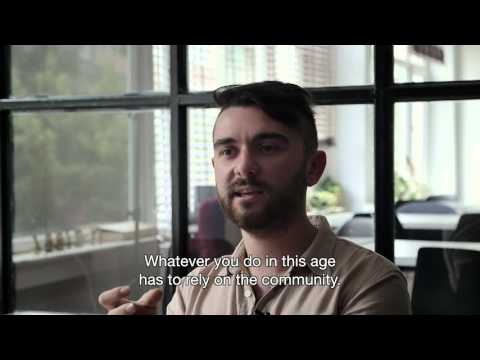 On april 5, 2016, the documentary In Search of Europe, meeting modern visionaries will be presented in Pakhuis de Zwijger as part of the program Europe by People. The documentary proceeds the performance. Lucas will introduce some of the creators that he met on his journey and the projects they are working on.

Questions or remarks regarding this program? Please have a look at our Frequently Asked Questions
This event is in English
Pay as you like
Grote zaal
These 126 people attended
This event is developed by

Olga Alexeeva
Thanks for your interest! Before we confirm your reservation, we'd like to ask you a few things.
This event is in English
Pay as you like
Grote zaal
These 126 people attended