How activists claim the security narrative back from the arms industry.
This event is in English
Pay as you like
IJ Zaal
Share
Tweet
+
Deel
E-mail
Accepteer de voorkeuren cookies om deze video te kunnen bekijken

Security is the religion of our times. Frame any problem as a security problem and military means quickly pop up as the answer. Migration, climate change and poverty are often framed as threats instead of complex social, economic and political questions. The arms industry is pushing this approach. It is lobbying for military and security technology in European capitals and at the EU. However, people from grassroots organisations are pushing back, using creative actions and positive narratives and working on sustainable solutions.

A night of discussion with researchers, campaigners and the audience, together with the grassroots European Network Against Arms Trade.

The programme consists of different blocks. The first part of the evening we will talk about European security as we do not want it. We will discuss the following topics with presentations by Stop Wapenhandel (Amsterdam), Centre Delas (Barcelona) and the European Network Against Arms Trade Brussels project:

The second block we will discuss resistance, activism and organizing and we will do a concise activist training and discuss the Vredesactie (Belgium), followed by an activists panel where we will answer the question: What is the state of affairs of activism against arms trade and militarism in Europe?

Every block is followed by a Q&A with the audience.

How the Security Industry Reaps the Rewards of E.U. Migration Control

In austerity-stricken Europe, increasing funds are flowing to arms and security firms positioning themselves as experts on border control. Researcher Mark Akkerman documents the companies profiting from E.U. border externalization and the industry’s lobbying power.

It is evident that climate change has an impact on safety, but defining climate change as a security problem has consequences for the kind of solutions that are being sought. 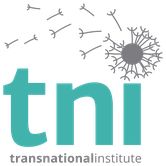 Questions or remarks regarding this program? Please have a look at our Frequently Asked Questions
This event is in English
Pay as you like
IJ Zaal
These 38 people attended
This event is developed by

Eva-van Heukelom
Thanks for your interest! Before we confirm your reservation, we'd like to ask you a few things.
This event is in English
Pay as you like
IJ Zaal
These 38 people attended