The Las Vegas Strip is the flash point of cultural and economic change in cities. With The Strip, Stefan Al understands the development of the Strip not only as a reflection of architecture and urbanism trends, as well as an influence on developments elsewhere. During the book presentation Stefan Al will go through the history of the Las Vegas Strip and explain how the Strip represents the ever-evolving architecture of the American Dream. Furthermore, Al will elaborate on how Las Vegas now even became a model for twenty-first-century urbanism that other cities such as Macau or Singapore are seeking to emulate.

Finally, the book that explains Las Vegas without reducing it to a caricature. Nearly 45 years after Learning from Las Vegas, Stefan Al brings the history of this iconic American landscape up to date.

With the The Strip, Stefan tells two, parallel, stories. He describes the feverish competition of Las Vegas developers to build the snazziest, most tourist-grabbing casinos and resorts with a cast of characters including the mobster Bugsy Siegel, the eccentric billionaire Howard Hughes, and real estate tycoon and current president Donald Trump. And he views the Strip in a larger social context, showing that it not only reflected trends but also magnified them and sometimes even initiated them.

Stefan Al and Tracy Metz (director of the John Adams institute, centre for American culture in The Netherlands) will reveal the Las Vegas’ urban development within the current commercial degree of urbanization by an interview on the main issues as city imaging, privatization of art and market-led urbanization that come forward in the book. Furthermore will the influence by Las Vegas on other cities be brought to light and the way other cities are becoming a little like Las Vegas in their eagerness to attract tourists.

About The Las Vegas Strip

The Las Vegas Strip is the only street in the world that has looked radically different each decade over the past 70 years. Jumping from trend to trend to lure ever more tourists to the desert, developers have built their resorts in architectural styles ranging from Wild West to sleek modernism and from Disney-fantasy to elite “star” architecture. At the same time, the casino complex transformed from a small bungalow resort of 50 rooms to 5000-room mega-structures, the most expensive private developments in the United States. And with Las Vegas gaming corporations now operating nationwide and internationally, invited by governments that turn to gambling to fight the Great Recession, the Strip has grown to be a model for cities around the globe, for better or worse. 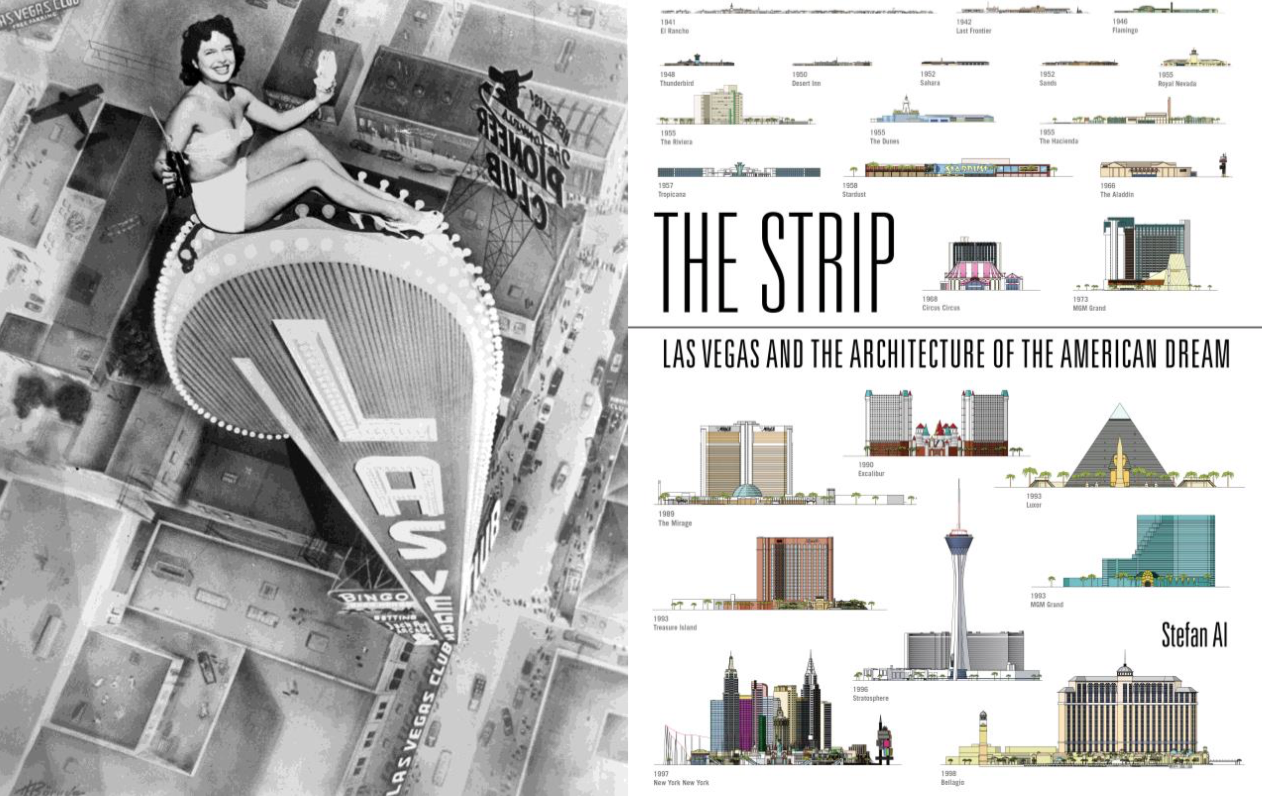 terearchi
Thanks for your interest! Before we confirm your reservation, we'd like to ask you a few things.
This event is in English
Pay as you like
Studio
These 37 people attended