How to develop a city in a cooperative way.
This event is in English
IJ Zaal
Share
Tweet
+
Deel
E-mail

Historically the city of Amsterdam has been known for its structured housing market development, with an explicit focus on social housing developed by housing corporations. As a result of the economic crisis of 2008 many planned developments have been postponed or even cancelled.

Consequently, the city of Amsterdam and its housing corporations had to rethink its development scheme. In the last couple of years there have been quite some successful experiments with self-build plots and cooperative area development in which collaboration between the municipality and housing corporations together with residents, local entrepreneurs and many others became increasingly important.

Pakhuis de Zwijger has taken the role of curator in several areas in Amsterdam, by facilitating the process to assure the civic engagement and multi-stakeholder approach. For example, Zeeburgereiland was an abandoned island near the centre of Amsterdam. At the moment different types of housing are developed in co-creation with the public and its future residents.

During the first day of Isocarp’s Amsterdam workshop, Pakhuis de Zwijger will offer lectures about the latest state of planning in Amsterdam, the booming Amsterdam Noord and a site visit to Buiksloterham’s bottom-up area development projects.

In Buiksloterham, a former industrial site in Amsterdam Noord, there are already some local enterprises that developed their vision to become completely self sustaining (circular) and reduce waist and emissions to a minimum level. Together with new residents they will try to make this vision reality. These processes may take time and effort, but the benefits are a strong support among a broad group of stakeholders and a shared vision. Because the steps taken are small the projects are constantly moving, and in this way provide new opportunities for jammed projects.

For the second day of  Isocarp’s Amsterdam workshop, Pakhuis de Zwijger invited Play the City, a serious gaming company based in Amsterdam and Istanbul, to re-enact effectively the challenges and potentials in Buiksloterham and in her engaged stakeholders during the Isocarp conference. By playing out the various future scenarios for Buiksloterham, the international visitors of Isocarp will gain a deeper insight into collaborative city making with sustainability goals.

Cities are buzzing with concepts as DIY, Circularity and Hackability corresponding to innovations for the society, economy and environment, as well as governance. Now there is a serious game to translate such abstract themes into tangible urban interventions and business cases: The City Innovation Game. Play the City created the game to strategise innovative urban development scenarios with realistic business cases for the future of Buiksloterham.

Play the City: introduction of the method and approach, background to the Buiksloterham game

Drinks and discussion (at the Ceuvel)

Closure and depart for Rotterdam 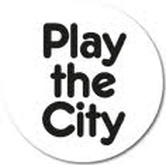