Did you know that Amsterdam and Nairobi are actually fighting the same battles for health? You might think that people in Nairobi are mainly at risk of major infectious diseases such as HIV, tropical diseases like malaria or poverty related health problems. However, diseases related to lifestyle, such as obesity, diabetes, cancer and cardio-vascular diseases, are an increasingly pressing problem in cities all over the world.

Think about it: with more than half of the world’s population living in cities, city dwellers are faced with new health hazards related to eating fast food, air pollution, sitting jobs, economic inequality and stress. Interestingly enough, the borders between cities are fading: similar health problems occur in cities all over the world.

So how do these cities actually fight their health battles? How do cities deal with poor city inhabitants who are more at risk than rich people in the city? What is the best way to deal with diseases, such as obesity and diabetes? What kind of initiatives are being undertaken to change this? And finally: how can we make our cities healthier?

The doctor that will be guiding us for the night is Ikenna Azuike from What’s Up Africa! With a big global health quiz, a mini-lecture on global health by Cristina Valencia, a live connection with Benson Mulemi in Kenya, a healthy intermezzo and a discussion on the the 3 largest killers in the city; Jan Willem Scheijgrond (Philips) and Ella Weggen (Wemos) show us what they exactly are, and what is already being done to fight them.

Brainstorm with the audience 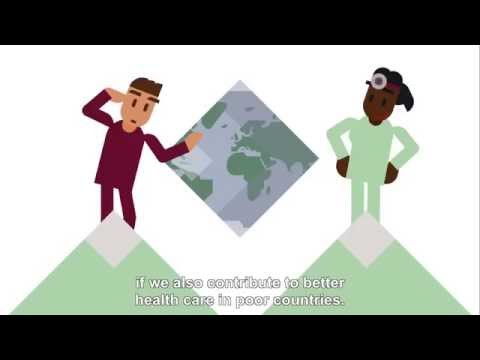 Ikenna Azuike
What's up Africa
In collaboration with

Questions or remarks regarding this program? Please have a look at our Frequently Asked Questions
This event is in English
Pay as you like
IJ Zaal
These 74 people attended
This event is developed by

Ikenna Azuike
What's up Africa
In collaboration with

Andrea Kuckert-Wöstheinrich
Thanks for your interest! Before we confirm your reservation, we'd like to ask you a few things.
This event is in English
Pay as you like
IJ Zaal
These 74 people attended