Global Trends
Are We Europe Meet-Up 1

Finding home in the city

Forms of belonging and identity in a time of constant human movement.
This event is in English
Pay as you like
Studio
Share
Tweet
+
Deel
E-mail
Accepteer de voorkeuren cookies om deze video te kunnen bekijken

Refugees, labour migrants, migrants from former colonies, second-generation migrants. All of these people inhabit Amsterdam and are thus Amsterdammers, right? What about those who have lived here for years, decades or generations? And what about those who have just made their entry into the city? Who do we consider residents of this city and which of those residents are (in)visible to most of us? When we speak of Amsterdammers, it seems as though not all of Amsterdam's inhabitants can claim the city as their rightful home. In 'Uprooted', the latest edition of Are We Europe Magazine, seven articles shine light upon different manifestations of ‘Identity and Movement’. In this very first Are We Europe Meet-up, we will explore notions of home and belonging, which lie at at the intersection of movement and identity, answering the broader question of who belongs in the city and who - supposedly - doesn’t.

Context
In order to explore notions of home and belonging in the city, the program will be guided by two articles from Are We Europe’s latest magazine publication: Uprooted. As a result, the evening will revolve around two topics, or rather, three groups of people.

The first group is one of the most invisible groups with a migrational background in large cities like Paris and London, but also Amsterdam. They are the men and women who work long hours in small kitchens with backdoor entrances leading into dark alleyways. They are the people that form the bottom of the chain of command in Europe’s restaurants – small and big – often illegally. They are dishwashers. Author Tommaso Mellili dove into their world and attempted to uncover some of the realities and issues these dishwashers face. Recorded excerpts of the piece, read by Tommaso himself, will form the starting point for a discussion on labour migration into today’s cities and transnational identities that form among and within communities in Amsterdam. What if the place you live and work in, is not at all what you consider home?

The second article is written by Kevin Sachs, who explored the stigmatisation of two very visible groups, namely Jews and Muslims. He too recorded parts of his piece, which will initiate a discussion on the position of either group. In Amsterdam, both communities form a significant part of the population, yet their presence speaks to a level of judgement, framing and stereotyping which exceeds imaging regarding other groups in the city. How does the stigmatisation of either group result into tangible urban segregation and how can we compare the position of both communities from a historical perspective? How can one find a home in the city when the city rejects your presence?

In between the two panel discussions, anyone is very much invited to share personal stories and anecdotes, as well as creative or musical contributions that somehow relate to finding or searching a home in the city. If you already know you would like to contribute, please email julia@dezwijger.nl with your name and a short description of your contribution.

Are We Europe
The Are We Europe Foundation is a non-profit media collective founded by and for (young) Europeans. Are We Europe aims to report on the often neglected and ever-changing state of the European identity by empowering aspiring European journalists who are motivated to explore this topic. Are We Europe’s digital platform provides an alternative perspective on Europe, its identity, its creators and its journalism.

Why this Magazine?
We think that in the middle of a media landscape that continues to be fractured by national borders (in an otherwise borderless Europe), there’s a niche for a beautifully illustrated magazine, filled with intricately woven sentences, taking on the European landscape as a whole. Politics, lifestyle, deeply reported places that pick apart a certain place or problem, unapologetic social critique, and analysis of where the hell this is all going.

'They spit when I walk in the street': The new 'anti-semitism' in France

France has a painful history of anti-Semitism, with its worst hours coming in the 1930s and during the German occupation in World War II. But in recent months, an impassioned debate has erupted over how to address what commentators are calling the “new anti-Semitism,” as Jewish groups and academic researchers trace a wave of anti-Semitic acts to France’s growing Muslim population.

'Everybody fits in': inside the Canadian cities where minorities are the majority

In ‘majority-minority’ cities such as Markham and Brampton, diversity isn’t aspirational; it’s a fact. But how does integration work? Majority-minority cities also serve as a reminder that diverse populations do not necessarily generate utopian post-racial societies. White flight and hate crimes still occur, as do coded fights over issues that disproportionately affect immigrants.

What the Spanish media dubbed turismofobia overtook several European cities last summer, with protests held and measures taken in Venice, Rome, Amsterdam, Florence, Berlin, Lisbon, Palma de Mallorca and elsewhere in Europe against the invasion of visitors. But in contrast to many, as fiercely as Barcelona has pushed back against tourists, it has campaigned to welcome more refugees. Increasingly it is tourism, not immigration, that people see as a threat to the city’s very identity – though numbers of both have risen exponentially in recent decades. 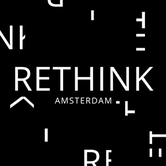 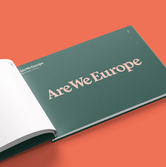 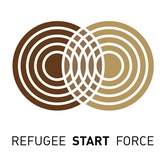 Questions or remarks regarding this program? Please have a look at our Frequently Asked Questions
This event is in English
Pay as you like
Studio
These 123 people attended
This event is developed by

Benedict Hamlyn
Thanks for your interest! Before we confirm your reservation, we'd like to ask you a few things.
This event is in English
Pay as you like
Studio
These 123 people attended