How far would you go to make your mark? Q&A with Brazilian artist Cripta Djan.
This event is in English
Pay as you like
Studio
Share
Tweet
+
Deel
E-mail

The art of Pixação is exclusive to Brazilian metropolises: critical scriptures painted, usually in inaccessible and dangerous urban areas and directed against the establishment. Angered by the pervasive corruption and the income inequality, self-taught and often economically marginalised youths are not afraid to take risks in order to represent the invisible and voiceless residents of their vulnerable neighbourhoods. The pixadors write cryptic messages in the most inaccessible places they can find, sometimes risking their own lives to revolt against society with their slogans painted on the city walls at night. Cripta Djan is one of the most recognised names in the genre.

From pioneer to esthablished artist

Cripta Djan (born Djan Ivson) started to pixar in 1996 aged 12 when he joined Cripta, one of the local gangs to which he still belongs today. He is one of the pioneers of escalada: free climbing to the top of 20 story skyscrapers without safety equipment to leave his mark on previously untouched surfaces across the city. His work provides a critical narrative on the cultural, socio-economic and artistic value of pixação. His repeating motifs, consisting of geometric letters and scriptures, will always carry social meaning but have developed into a form of art themselves through which he communicates.

After showcasing his work in galleries in Brazil, New York, Spain, UK and being part of La Biennale d’Architectura in Venice this year, on November 1 his Dutch debut solo exhibition will open in Kallenbach Gallery in Amsterdam. Cripta Djan will be in town and is joining this evening. We will be screening Pixadores and will talk with him about his drive, the political situation in Brazil, and how art can be more than the need to express oneself.

Pixadores is the story of four young men, one of which is Djan. It is a film about a protest movement and revolt in São Paulo. After an invitation and following trip to Berlin Biennale, the ideals of the pixadors are challenged. With the world expanding outside the favela, both protest and their friendship are put to the test. 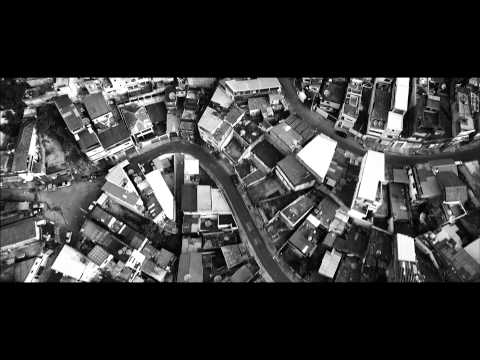 Questions or remarks regarding this program? Please have a look at our Frequently Asked Questions
This event is in English
Pay as you like
Studio
These 36 people attended
This event is developed by

Mirjam Eikelboom
Digitale archivaris/ fysiotherapeute op haptonomische basis
Thanks for your interest! Before we confirm your reservation, we'd like to ask you a few things.
This event is in English
Pay as you like
Studio
These 36 people attended