© Carlos Cazalis – View of the overpopulated urbanization of Sao Paulo, Brazil due to reach 20 million people in 2035

During this evening, Carlos Cazalis will be sharing his experiences in São Paulo as well as some of the other seven megacities he has been documenting in an attempt to explain the integral connections of this human phenomena composed of as much creativeness as madness.

Geographer Jan Nijman, Professor of Urban Studies and director of the Centre for Urban Studies at the University of Amsterdam, will reflect on Carlos’ work. Steef Buys (adviser urban planner, former head of urban planning/project director implementation of urbanisation policy at the Ministerie of VROM and founder of the Megacities foundation) will join Carlos and Jan in a final discussion about the challenges and future agendas of the Megacities in relation to Carlos’ work.

Since 2005 Carlos Cazalis has been photographing some of the world’s largest cities, Occupy São Paulo being the first chapter in his Urban Meta Project. As one of the world’s mega cities reaching a population of 20 million, the city of São Paulo perpetuates a tremendous urban stress to its residents, especially in terms of habitat. The bare necessity of finding shelter, a home, is amongst the most economically challenging situations, whether one is rich or poor. For those on the lower end of the spectrum, the idea of a home is a constant process of adding walls, a room, a second floor and a roof over an ex tended period of time. For those wealthy enough to build their dream home, whether as a penthouse on a high rise or as a well guarded house, the fear of leaving the home is as great as the necessity of returning back safely. Cazalis’ images show the chaos, the sense of loss and the daily struggles of the city’s dwellers. 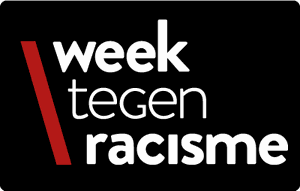