Beamlab is back during ADE! With the VJs behind every great DJ to show us the future of visual technologies and high-end stage design.
This event is in English
Grote zaal
Share
Tweet
+
Deel
E-mail

Unfortunately, there are no more seats available.

Sean Wilder: New Technologies and Evolving Stage Design
Sean Wilder is the Innovation Strategy Director of Immersive Ltd. Immersive won #8 Most Innovative Company of 2015 in the Live Events awards from Fast Company, for ‘creating the grandest projection mapping the world has ever seen’. As part of the design team, she has spent the last five years working on large-scale audio-visual installations for live events in the music and advertising world. Immersive is known for producing the video playback on the massive LED installations in the recent Olympics Games Opening and Closing Ceremonies, and for leading the application of entertainment technology through first-of-its-kind designs. They have built award-winning touring stages for acts like Deadmau5, Eric Prydz and Scuba, as well as creating permanent installations and designing nightclub installs in China, Dubai and London. Wilder also mentors on production and design at one of world’s fastest growing universities, Limkokwing University of Creative Technology, in London. At ADE Beamlab she will talk about holograms and installation design for electronic music, with lots of eye candy to illustrate her talk.

Inside Look: Phobos by Neel
Neel is an artist who pays close attention to the technical aspects of sound, whether producing in the studio, DJ-ing or playing live around the world. His considerable output fuses rhythm and texture with techno and ambience in hugely captivating ways, as we first heard in his work as Voices From the Lake, his live and studio collaboration with Donato Dozzy. His own releases on labels like Bunker NY and Spectrum Spools confirm the uniqueness of his sound. His debut album Phobos (2014), based on and named after the Martian moon destined to collide with the mother planet, has set new standards for ambient music and delivered the final proof that Neel is a truly modern day techno craftsman. Part of the project, Phobos is an immersive ambient AV show which contains visuals by Berlin based artist Yko. The show was previously performed at places like Mutek and Berlin Atonal. At ADE Beamlab, Neel will describe how he and Yko prepared the show, talk us through the set-up of Phobos AV and explains the way he controls both live music and Yko’s visuals at the same time on stage.

AlexP – Pro(o)per Videomapping
Alex Prooper and Simone van Dam are also known as AlexP. Digital artist Prooper started developing software for all kinds of computer systems over 30 years ago, and Van Dam studied at the Academy for Visual Arts in Amsterdam and has worked with Prooper for the last 15 years. Their work focuses on interaction and from their first interactive installation Bach in a Cage (1999), they have made installations that evoke both confusion and surprise. AlexP show their work at festivals, art exhibitions and galleries including at the Kröller Müller Museum and The Youth Film Festival in Belgium. Their interactive video-mapping work Crowd won the audience award at Beamlab Open Air at the Amsterdam Light Festival in 2014. This year, AlexP is taking care of the official ADE Beamlab videomapping on the exterior of Pakhuis de Zwijger. The duo will also describe their creative methods for animating this old warehouse whilst interacting with the audience. 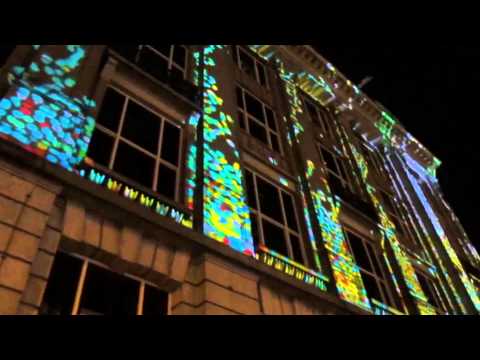 Vello Virkhaus: Technology in Creativity – From Pencil Sketch To Execution
Vello Virkhaus is CEO and creative director at V Squared Labs and has worked on stage concepts with Amon Tobin, Skrillex and Steve Aoki, as well as on projects for Red Bull, Budweiser and the Ultra Music Festival. The V Squared Labs team consists of artists, architectural designers, programmers and engineers who create bespoke content and immersive installations for global brands, entertainers and music festivals worldwide. V Squared Labs employs directors who meld cutting-edge design aesthetics with advanced physical production designs, working on innovative solutions that blend the latest technologies with creative strategies. At ADE Beamlab, Virkhaus will be revealing his most recent work for Steve Aoki, the NBC Heroes 4D portal and a look at the Omnia Nightclub in Las Vegas. He will be revealing preliminary studies, drawings and storyboards and discussing the process and creative treatment from pencil sketch to execution, alongside demonstrating some of the latest technology he is using and what this means for future shows.

Mattijs Kneppers & Hidde de Jong: New Features in Synchronized Shows
Showsync duo Mattijs Kneppers and Hidde de Jong have been working on developing Videosync and will show their first public version of this tool at ADE Beamlab. Videosync makes it possible to perform with video in Ableton Live, making live video and music synchronize. Mattijs Kneppers is an engineer in cutting-edge audio, video and light shows, something he has been doing for over 10 years. Hidde de Jong, a Pop Masters student at the Conservatory of Amsterdam, joined forces to work on developing the Videosync tool, which works within the Ableton Live Session View and will be made available to the public. Showsync has been working with artists such as Kölsch and Feed Me and at festivals like Dekmantel and VOLTT, syncing video and lighting with the music.

Please Note: anyone at ADE Beamlab with a recent Mac computer can download the tool during the event and work on it themselves! 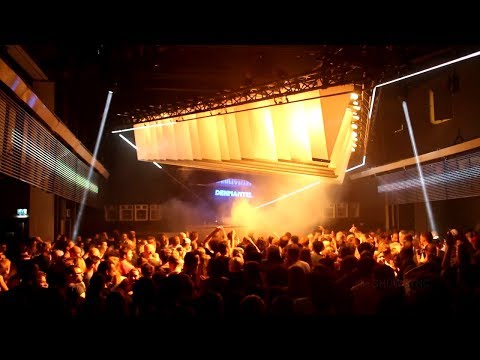 Kölsch AV Live
Danish techno maestro Kölsch has been working and touring with Showsync. Following on from the Videosync presentation, he will give an exclusive mini-performance at ADE Beamlab to demonstrate the possibilities of the system during a live show. Influenced by hip hop, pop and the legacy of Jeff Mills and Derrick May, Kölsch started producing in 1995, embarking on a string of successes. Kompakt has become the label Kölsch calls home, and when the German imprint celebrated 20 years of releases, Kölsch’s landmark long player, ‘1977’ was hailed as one of the most genre re-defining albums and deeply personal music projects of the modern era. 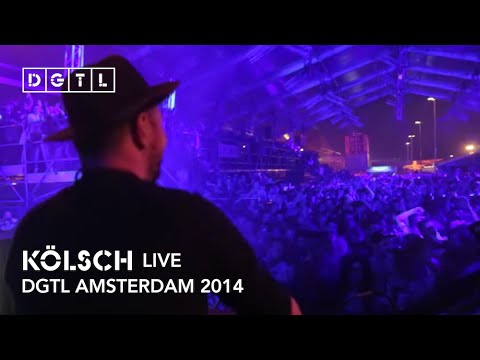 Inside Look: Phobos by Neel

Vello Virkhaus: Technology in Creativity - From Pencil Sketch to Execution 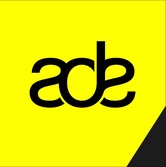