How Ethiopian musicians and artists conquer the world with their swing.
This event is in English
Pay as you like
Grote zaal
Share
Tweet
+
Deel
E-mail
Accepteer de voorkeuren cookies om deze video te kunnen bekijken

The fourth event in the Future Cities series takes you to the thriving music scene of one of the fastest-growing economies in the world. Barely fifteen years ago, Ethiopia was the second poorest country in the world. By 2025, it expects to become a middle-income country. What do musicians and artists think of the prosperity? Does the music industry benefit from the government’s ambition to transform Addis Ababa into a modern metropolis? In Addis Ababa, photographer Yvonne Brandwijk and journalist Stephanie Bakker dove into the lives of musicians, singers, and producers. By telling their stories, showing photos and short documentaries they will take you on an instant trip to Ethiopia’s capital. You will hear the city, meet the people and feel the energy.

Ethiopia is one of the few African colonies that was never colonised. That creates deeply rooted pride and a rich and pure culture. Ethiopia has a unique scale and eighty ethnic tribes, each with their own dance, rhythms, and instruments. After Kinshasa (Congo), Lima (Peru), Yangon (Myanmar) and Medellín (Colombia), Stephanie and Yvonne will share the highlights of their project in Addis Ababa and the stories of the people that are the driving force behind the thriving music scene in this capital city. In addition, guests and experts will share their experiences and ideas on Ethiopian culture and the development of Addis Ababa. Will the musicians be able to conquer the world with their unique Ethiopian swing? And what kind of city do they need to make this dream happen?

Minyeshu Kifle Tedla was born in the city of Dire Dawa in the east of Ethiopia. During her childhood, she moved to Addis Ababa and at the age of 17, she joined the leading National Theatre of Ethiopia. Here she developed her artistic multi-talents as a singer, dancer, producer, and choreographer. In 1996 Minyeshu came to Belgium and a few years later she moved to The Netherlands where she started her second life as an artist, performing on multiple international stages. 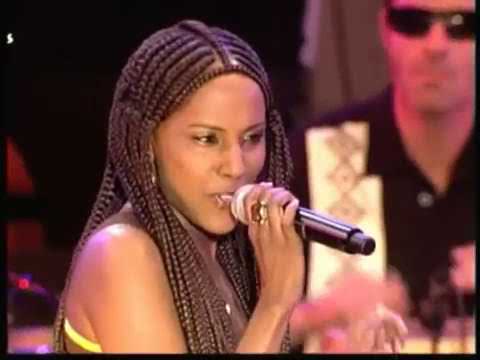 Jan Abbink is an anthropologist-historian and carries out research on the history and cultures of the Horn of Africa (Northeast Africa), particularly Ethiopia. He has done a number of research projects, the first one being a study of Ethiopian immigrants in Israel in the 1980s. Since 2001, Jan has been Professor (extraordinary) of African Ethnic Studies at the VU University in Amsterdam. As of 1 September 2017 he is Professor of Politics and Governance in Africa at Leiden University. Prof. Abbink is the Chair of the Researchers’ Assembly of the African Studies Centre Leiden.

With their project Future Cities, photographer Yvonne Brandwijk and journalist Stephanie Bakker take you to the shifting urban frontier of the next generation of cities. While their subject cities are each experiencing rapid economic and demographic growth, their roles in the current discussion about the future of our urban areas are often overlooked. While consulting firms often simply rank cities, this project delves deep into the urban landscape to explore the people behind and framing these urbanisation and growth statistics. By recording and putting across life in emerging cities, Yvonne and Stephanie aim to transmit the inspiration, energy, and knowledge from upcoming urban areas. Reporting about emerging cities is often about the negative consequences of urbanisation, but they aim above all to capture the ambition and progress this is unleashing. They focus on what makes a city authentic and what can be found in the DNA of the people. Without denying the major problems emerging cities are facing.

Future Cities
Future Cities is a transmedia project about five exciting emerging urban areas: Kinshasa, Lima, Yangon, Medellin and Addis Ababa. It consists of a five part web documentary www.futurecities.nl, a series of stories in de Volkskrant and live events at Pakhuis de Zwijger.
Share
Tweet
+
Deel
E-mail
This is about
This event is developed by

Dymphie Braun
Programmamaker Creatieve Industrie bij Pakhuis de Zwijger
Future Cities
Future Cities is a transmedia project about five exciting emerging urban areas: Kinshasa, Lima, Yangon, Medellin and Addis Ababa. It consists of a five part web documentary www.futurecities.nl, a series of stories in de Volkskrant and live events at Pakhuis de Zwijger.
Questions or remarks regarding this program? Please have a look at our Frequently Asked Questions
This event is in English
Pay as you like
Grote zaal
These 107 people attended
This event is developed by

Bas Tichelaar
Thanks for your interest! Before we confirm your reservation, we'd like to ask you a few things.
This event is in English
Pay as you like
Grote zaal
These 107 people attended