A Tribute to Social Protests

Social protests & intergenerational activism in Chile and Nicaragua. With different generations of activists from both countries.
This event is in English
Pay as you like
Studio
Share
Tweet
+
Deel
E-mail

Massive peaceful protests are breaking out everywhere on the Latin American continent, enough is enough. Growing inequality; unemployment; human rights violations; no attention to the climate. The result is that the future prospects of many young people look bad in Latin American countries. Young people take the lead and new ways of protests emerge. Social media and images play an important role. Tonight we will pay tribute to young people in Chile and Nicaragua who have taken to the streets to protest for a better life at the risk of their own lives. What are their demands? And why are they risking their own lifes for it?

In Nicaragua, the drop that made the bucket overflow came in April 2018. The people did not accept the reforms announced by the government to lower the pensions. The government responded out of proportion. More than 300 young people were killed within three months. Now, eighteen months later, protesting is almost impossible and the country has turned into a police state.

Hundreds of thousands of young people took to the streets in various Chilean cities to protest against social inequality and the high costs for health care, education and transport. They demand immediate constitutional reforms. The government hits back hard with the result that many young people are injured during the protests.

Young people in both countries know the stories of their parents. How did they resisted the dictators of the time? During this program we bring together different generations of activists from two countries. A great opportunity to talk to each other about what can be learned from each other. Personal stories are shared, so we continue to inspire each other. Between countries, within generations. What similarities and differences do we see with activism today, regarding the popular uprisings of a generation earlier? 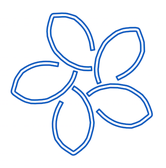 Questions or remarks regarding this program? Please have a look at our Frequently Asked Questions
This event is in English
Pay as you like
Studio
These 59 people attended
This event is developed by

Francesco Antonio de Caprariis
Thanks for your interest! Before we confirm your reservation, we'd like to ask you a few things.
This event is in English
Pay as you like
Studio
These 59 people attended