A media crisis on refugees

What are current media frames on refugees and immigrants? And how are these affecting political discussions and policies in Amsterdam?
This event is in English
Pay as you like
IJ Zaal
Share
Tweet
+
Deel
E-mail
Accepteer de voorkeuren cookies om deze video te kunnen bekijken

The media often portrays newcomers either as a threat or helpless victims in need of saving. The question arises then if there is a “refugee crisis” or can we rather speak of a 'racism in media crisis'? How can we better understand media stereotypes and how are these narratives influencing policy and political discussions in Amsterdam, the Netherlands and Europe? Next, how do these media narratives then impact the daily lives of newcomers in Amsterdam and in the Netherlands and other European countries? Besides looking at media narratives and political debates in Amsterdam, we will zoom in to the national and European context of media frames and narratives and the impact of these.

Program:
In the first part international speaker Ismail Einashe, journalist, writer and  Co-editor van Lost in Media: Migrant Perspectives and the Public Sphere wil open the program. Here he will give his analysis on problematic frames in the media. After this we will discuss how these frames are also seen in political debates and policy with Donya Alineyad from Crisis Magazine, a new platform that will be launched this evening. In the second part of the program we will zoom into the dutch context and look at the impact of media on the daily lives of newcomers in Amsterdam and the Netherlands together with Amsterdam City Rights and Babah Tarawally. 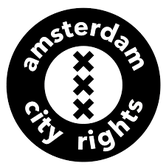 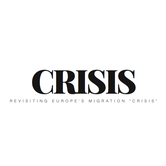 natacha horst
Thanks for your interest! Before we confirm your reservation, we'd like to ask you a few things.
This event is in English
Pay as you like
IJ Zaal
These 77 people attended