For Israelis, May 1948 marks the creation of the State of Israel. For Palestinians, it marks the Nakba (‘catastrophe’), when more than 700.000 Palestinians were forced out of their homes. Today – exactly 70 years later – those 700.000 have exceeded six million. '48 Stories' presents the personal stories of Palestinians who witnessed the events. On May 18, this digital storytelling project will be launched. Produced by photography collective NOOR, Palestinian and other photographers from the Middle East, producer Paradox and designers Kummer & Herrman, '48 Stories' sheds new light on the representation of the Palestinian diaspora.

The project documents the memories and everyday lives of Palestinians, both 1948 survivors and their descendants. Many of them live in Gaza, the West Bank or Israel but the vast majority is spread around the world; they are based in (former) refugee camps in Lebanon, Syria or Jordan, have settled in countries like the US, Chile and the Netherlands. They have become shop owners, doctors, political activists or university professors. While they are scattered geographically, they share the hope of one day acquiring the right of return. However, being rooted in new homelands and without any sign of reconciliation of the Israeli-Palestinian conflict, it is unlikely that they will ever resettle. In the past two years, 6 photographers and filmmakers captured their experiences. 48 Stories shows a community whose members, although geographically and socioeconomically diverse, are all tied to the same country, landscape and history.

48 Stories presents the personal stories of Palestinians in an innovative web app, based on Slices, an Amsterdam start-up developing online storytelling solutions for journalists. During this launch event, we look into the visual representation of the Palestinian catastrophe with a group of international photographers, artists and scholars including Tanya Habjouqa (JO, based in PS), Kadir van Lohuizen (NL) and dr. Ihab Saloul (PS/NL). The evening is moderated by Bertan Selim (MK/NL).

This event is organised by NOOR and Paradox, in collaboration with the University of Amsterdam and supported by the Prince Claus Fund.

48 Stories is produced by NOOR and Paradox, in collaboration with Kummer & Herrman and Slices, and made possible by the generous support of the Mondriaan Fund, Prince Claus Fund, Creative Industries Fund NL, Leonhard-Woltjer Stichting, Lutfia Rabbani Foundation and NOOR Foundation.

Bertan Selim
Editor, mentor and curator
In collaboration with 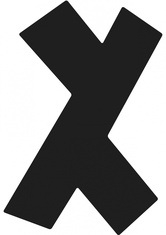 Questions or remarks regarding this program? Please have a look at our Frequently Asked Questions
This event is in English
Pay as you like
Grote zaal
These 170 people attended
This event is developed by

Bertan Selim
Editor, mentor and curator
In collaboration with

Hannah Bosma
Thanks for your interest! Before we confirm your reservation, we'd like to ask you a few things.
This event is in English
Pay as you like
Grote zaal
These 170 people attended