Imagine living in a city where everyone looks the same; thin, young, white, and body-abled. Difficult, right? Not only would this city be boring, a city like this simply does not exist. Renders are often used by architects to imagine what a building or lived environment might look like in the future. However, globally it is still problematic to find renders that represent the diverse society we live in today.

In our Designing Cities for All (DCFA) livecast The IdenCity: Human Experience, DCFA fellow Lyongo Juliana and renowned architect Francine Houben talked about the importance of using renders (which are two-dimensional and three-dimensional images of a proposed architectural design) that represent the actual people that will use these spaces. Whenever Francine designs a building, she uses all her senses to explore the lived environment, while also observing and talking to the people that will use these spaces in the future.

When Francine was designing the Martin Luther King Jr. Memorial Library in Washington, DC, she especially had to keep the diversity of the neighbourhood in mind which she expressed in the renders. “A lot of renders worldwide in architecture are designed with all white, slim, in their 30’s, energetic people in them”, Francine mentions. “Especially when designing public buildings, it is essential that people feel that the building is theirs and they recognise themselves in the images of the building.” This problem is partially rooted in the limited options most rendering software programmes have available, as they neither represent the diversity of the world in the present nor the future. 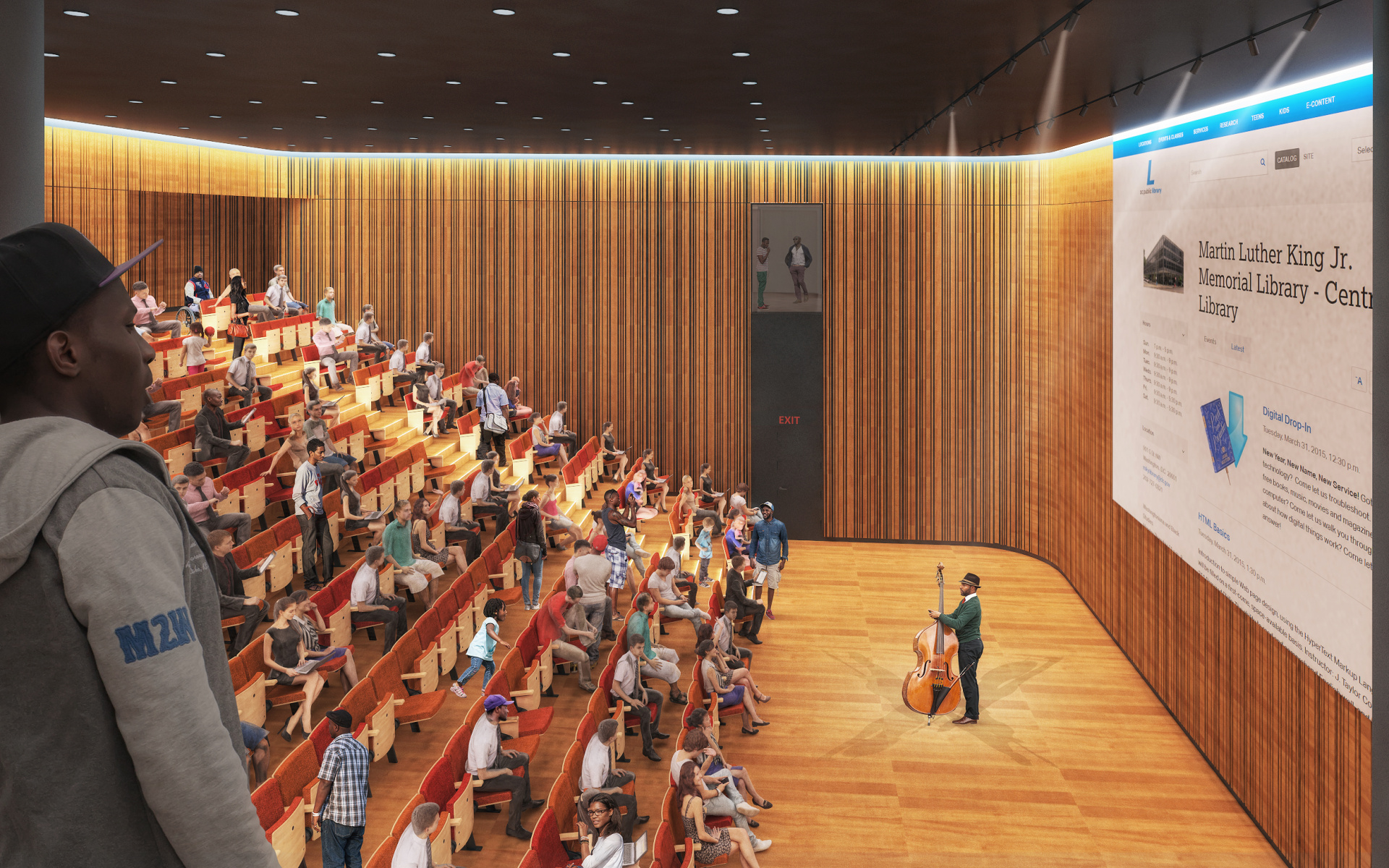 If renders are mediums to imagine the future, what does this say about the systems behind these renders and the people designing these systems? What does this say about our society? These questions also wandered the mind of Ganesh Babu, graduate student in Urbanism at TU Delft. A few years ago, when Ganesh was an Architecture student in Chennai, India, he noticed how challenging it is to find renders that reflect the culture, people, and spirit of India.

“I saw a lot of my friends and classmates making renders for projects in India,” Ganesh tells us, “but if you look at those images, it wouldn’t feel like it’s India, it would feel like it’s somewhere in Spain or Italy or somewhere else.” Renders found online and used in student projects either contained black silhouettes that are non-contextual and say nothing about the demographic in an area, or they portray people from a Western context. Out of this frustration, Ganesh decided to start JugaadRender with his two classmates Mohanabrabu and Vignesh Raja.

Jugaad is a Hindi word that captures the idea of street smarts, being innovative, making use of whatever you have available, and creating something out of it. With this attitude, they started their project by taking pictures of other students, cropping them out, and adding them to an online repository. Over time, they went out into the streets of India and made pictures of real people; women, men, youth, the elderly, the people of Chennai. In the end, a repository of people and even objects from the streets of India was developed. Whenever students had to replicate or recreate a scene from an Indian street, they could access these resources for free. 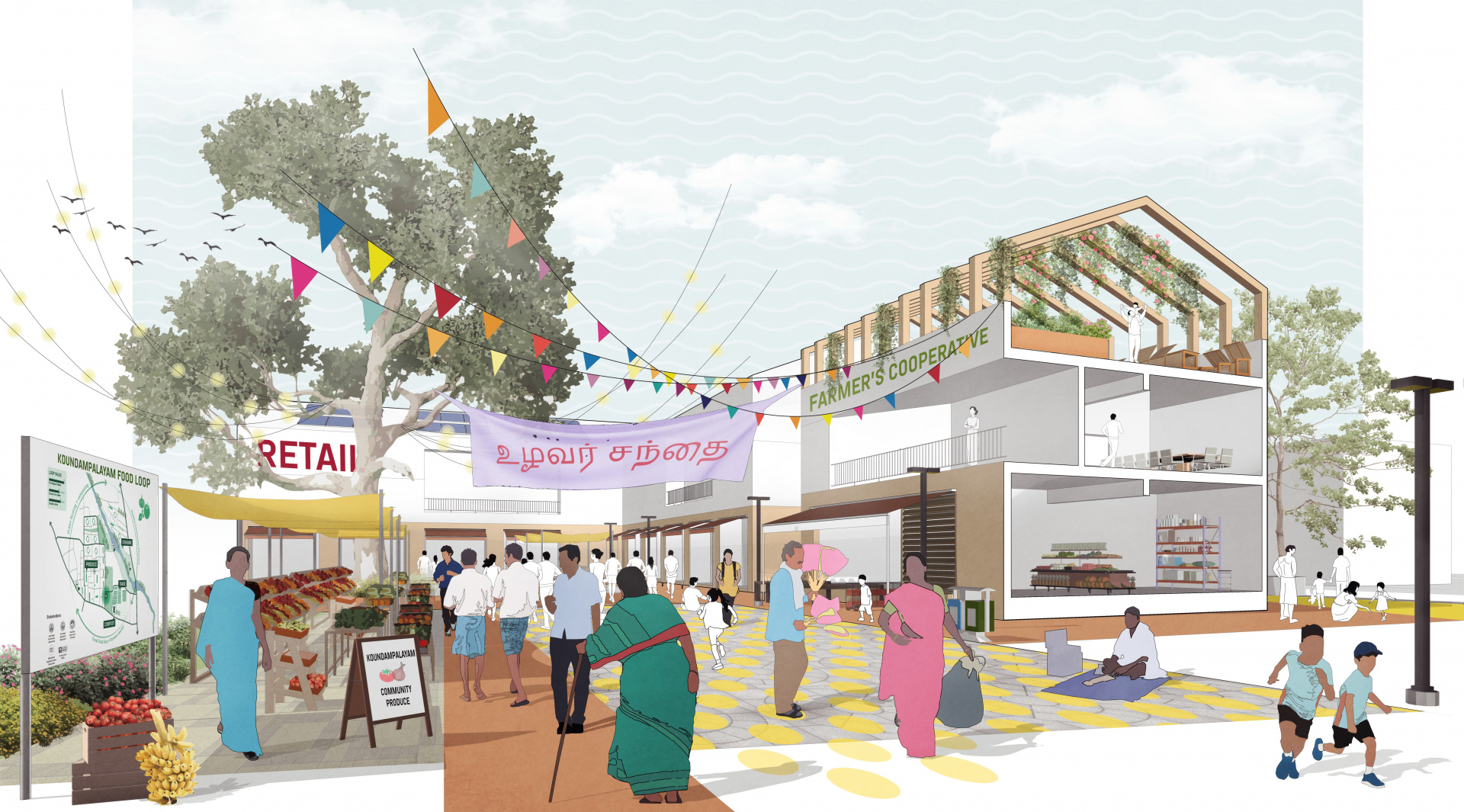 JugaadRender started with a vision to close the gap students face when they need renders that reflect the cities of India. Now, it has grown into a movement to change the understanding of the common imaginary. “If I look at renders used in architectural or urban design competitions happening in India, I will always find some people who are using vectors from JugaadRender”, says Ganesh. “It makes me happy, to see that the work is being used and that people are trying to bring in new ideas and new thoughts into the conversation. In the past, they weren’t able to contextualise it to the Indian context.”

To many people, diverse and inclusive renders may seem like minor details, but for architects and students like Ganesh, renders are a medium to communicate thoughts and ideas of the future state of buildings, neighbourhoods, and cities: “When you talk, people can interpret your idea differently, but when you show an image, people understand directly what you mean, and you can have a conversation on top of that.” To be able to do this, the tools and resources need to be available, or else it becomes difficult to communicate this in a truthful way. For Ganesh, it seems odd that this lack of diversity in renders is still a problem we face today. It seems commonsensical to him: “something that needs to be there.” He adds: “We go out on the street, and we see that the city contains different kinds of people. And it feels dishonest to create something that doesn’t reflect reality in that sense. Otherwise, you are engaging with the constructed reality, which means you’re not actually engaging with the problems at hand.”

This story of JugaadRender, may seem limited to the design or architecture field. It’s not. In past DCFA livecasts, we have seen that everything around us is designed and we can all be redesigners of the faults and exclusion embedded in particular designs. Sometimes you don’t need a lot of resources to create social change, sometimes you need the innovative ‘let’s-do-this Jugaad’ mindset. To leave you with some ‘food for thought’, Ganesh mentioned that renders are often associated with capturing the idea of Utopia. This poses the question: if you are creating renders without diversity, without reflecting the actual culture of a place, does that mean that your Utopia is homogeneous and boring? Think about it, if you could redesign your work environment, neighbourhood, educational institutions, or city… What would your Utopia look like?

Are you interested to collaborate in Designing Cities for All? Do you have any relevant research or knowledge you would like to share? Or would you like to know more? Check dezwijger.nl/dcfa for more info or contact us via [email protected]. You can re-watch the DCFA episode with Francine Houben here:

Jugaad Render is a free-to-use resource for architects and architecture students to bring their visualizations of unbuilt architecture to life in the Indian context. >>

BLK IMG believes in the power of creating our own imagery to explore the design of multiple idealised futures. In an effort to reclaim the narrative, BLK IMG celebrate the invisibles with the representation of black and brown bodies through our digital catalog of over 350 cutouts from all over the world. >>

As student architects, NONSCANDINAVIA believes that renderings reflect your aspirations, and that decisions about representation matter. Renderings should reflect the people in and around the site, and should project a future that values diversity and acceptance of all people. >>

Kaleidoscope challenges the dominance of
gendernormativity, ableism and race-blindness in architectural drawings
by diversifying the population of represented peoples in renderings. >> 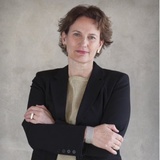 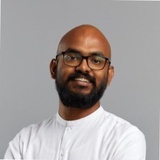 Ganesh Babu
Urbanist, architect & Graduate student of Urbanism at TU Delft
Comment on this article
Questions or remarks regarding this program? Please have a look at our Frequently Asked Questions
Compiled by

Dymphie Braun
Student Book Club #1: Soft City by David Sim
Meet peers and gain wisdom - Get a hold on a (free) copy of Soft City and join our Designing Cities for All of Us Bookclub curated by DCFAOU Fellow Lyongo Juliana!
Inclusive